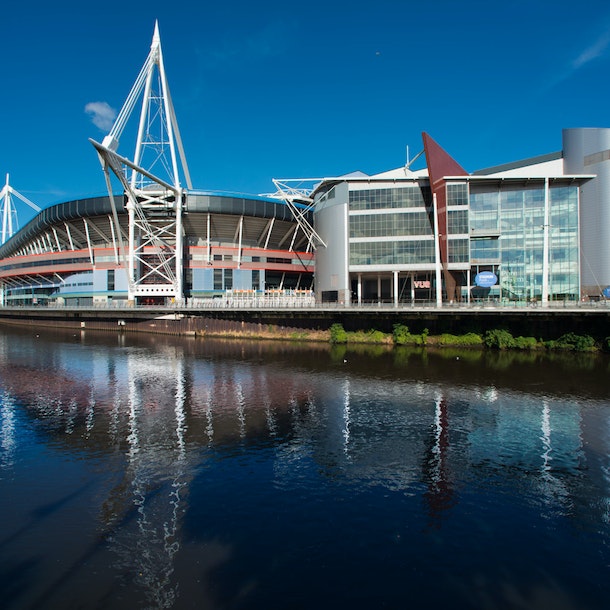 Opened in 1999, the Principality Stadium (formerly Millennium Stadium) is home to the Welsh Rugby Union National team and the Football Association of Wales National team. The stadium has a seated capacity of 73,500.

The national stadium was officially named Principality Stadium on January 22, 2016, following a 10-year commercial partnership between the WRU and Principality Building Society which aims to develop and grow all aspects of the rugby in Wales.