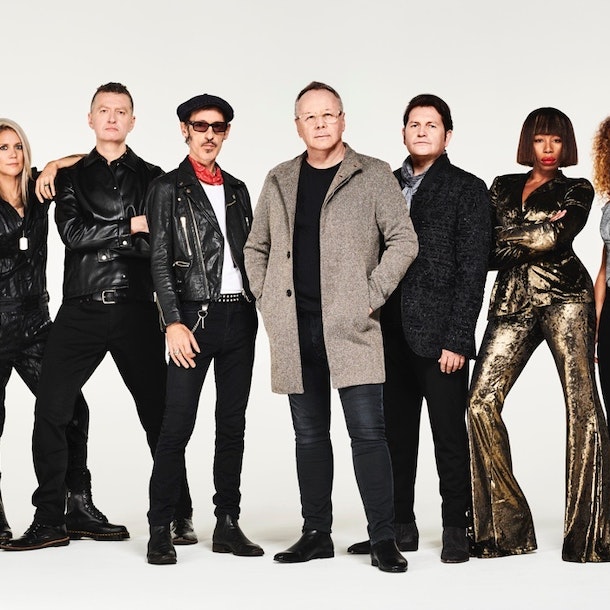 Simple Minds have experienced a remarkable journey since releasing their debut album ‘Life in a Day’ in 1979. Constantly evolving, the band’s rousing choruses and booming atmospherics made them one of the most iconic bands of the Eighties. Along the way, they’ve landed five UK #1 albums, topped the singles charts on both sides of the Atlantic, sold over 60 million albums and packed stadiums the world over. But the story didn’t end there. After taking some time out, they returned revitalised and resurgent with the 2014 album ‘Big Music’ and have maintained that upward momentum ever since. They claimed the Q Inspiration Award that same year, which was followed by an Ivor Novello in 2016. And when 2018’s ‘Walk Between Worlds’ album crashed into the UK charts at #4, it represented their highest position in 23 years. No wonder that the Manic Street Preachers, Moby, Primal Scream and many others cite Simple Minds as a vital inspiration.