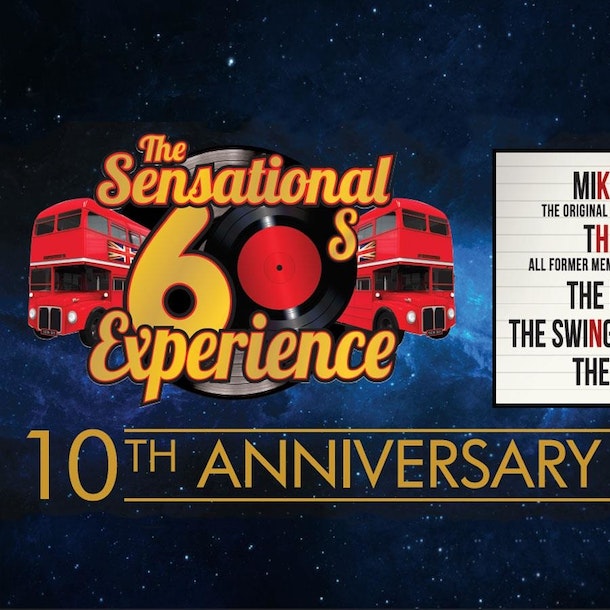 The Sensational 60s Experience brings you a three hour 60s spectacular of pure nostalgia. The show with the definite feel good factor will transport you back to that magical decade that was the 1960’s. Five legendary names take to the stage and deliver to you a night never to be forgotten where you’ll find it impossible to remain in your seat. Whether you come to relive your childhood memories or you just simply want to see what your parents have been raving about for all these years. Come and experience the musical phenomena of the 1960s for yourself. Full of timeless classics, this is the must see 60s show!

Frontman with sixties group The Searchers.

The Fortunes are one of the UK's premier harmony groups. A string of hit records including You've Got Your Troubles, Here It Comes Again and Freedom Come Freedom Go, have stood the test of time and still top the play-lists on any radio station. Ask any '60s group who they most admire for their vocal talents and The Fortunes would come out on top. Their last CD sold over 100,000 copies and 'It's The Real Thing' Coca Cola advert is, of course, sung by The Fortunes.

With stalwarts Alan Lovell (lead vocal/guitar) and Pete Oakman (bass/vocals) the group have become synonymous with having a great time and working up a party atmosphere that will have everyone up on their feet and dancing. The Swinging Blue Jeans stormed the charts worldwide with Hippy Hippy Shake and other major hits including Good Golly Miss Molly, You're No Good and Don't Make Me Over. Alan Lovell and Pete Oakman front the band. Pete was leader of the Bruvvers and wrote Picture Of You for Joe Brown, so you will also hear a taste of their other memorable hits.

60s hit recording stars The Dakotas are Ronnie Ravey on lead vocals, Toni Baker on keyboards, Alan Clare on lead guitar, Pete Hilton on drums and Marius Jones on bass. The Dakotas along with Billy J Kramer, had a number of chart hits in the 60s including Do You Want to Know a Secret, Bad to Me, I'll Keep You Satisfied, Little Children, From a Window, The Cruel Sea and Trains & Boats & Planes.