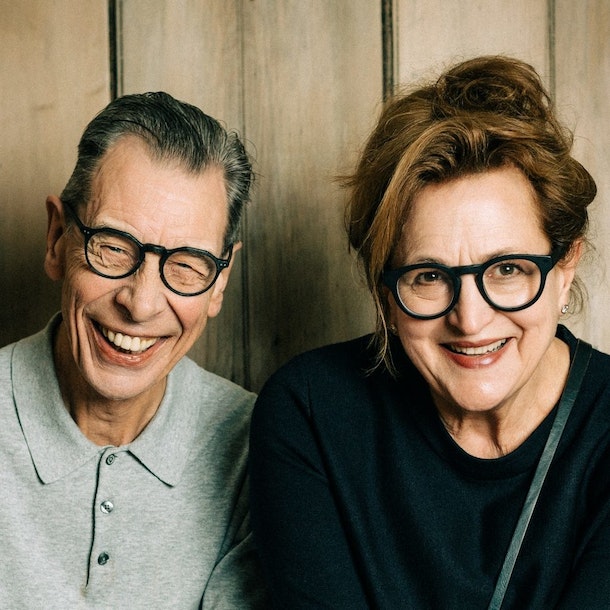 Charity Event in Aid of MASScot and The Glasgow City Mission

Tickets available in person from Haydock Music, Stewart St and The Iron Chef, Mugdock Rd (Both Milngavie), and via the ticket link provided.

Barbara Dickson and Rab Noakes have been friends since they were teenagers, singing and playing in venues around Scotland. As separate acts they often found themselves performing alongside each other (and other musical luminaries) creating a lifetime bond. Subsequently, they have ‘occasionally’ performed live, sang on each other’s records and remained friends for over 40 years. Both have diverse careers and have won awards and praise for their solo work in many fields. In recent years they reunited to perform a wonderful blend of folk songs, classic pop influences and self written favourites. Rab’s continuing reputation as one of Scotland’s finest singer-songwriters and Barbara’s skills as an interpreter of new and traditional songs provide an enviable platform for this unique show. The pair share common ground with their respect for artists such as Dylan, Beatles and the Everly Brothers which when mixed with their experiences of the folk revival of the 1960s and beyond, create a stage show they are keen to share – and are delighted to be ‘going on the road’ together.

Singer/songwriter Yvonne Lyon is among the best and brightest talent currently emerging from Scotland. Her versatile voice carries her moving and melodic songs perfectly. She has consistently stirred audiences across the UK and beyond with her emotive performances, combining poignant lyrics with creative melodies and demonstrating a voice that can be both fragile and intense. Expect an emotive and beautiful performance featuring poignant lyrics with strong, creative melodies demonstrating a fragile yet intense voice.

Dan Whitehouse is an acclaimed and award winning English singer/songwriter, his latest album release: 'Dreamland Tomorrow' on Reveal Records has been described as **** RnR Magazine “Deliberately more experimental - Nothing short of beautiful” “Wonderful production and writing on both discs” Tom Robinson BBC 6 Music Dan has toured and collaborated with label mates Joan as Police Woman, Kris Drever, Boo Hewerdine and Eddi Reader. Dan is signed with Reveal Records (www.revealrecords.co.uk/artists/dan-whitehouse/) and a published songwriter with Reveal/Westbury Music Ltd. In addition to his own releases he writes music for media, film soundtracks, TV, and song commissions. He was recently commissioned to write a series of songs charting the history of glass making for International Festival of Glass. He is available for private commissions, please contact COS to discuss this. He also delivers songwriting workshops and mentors emerging artist's, including community music projects. The son of a Wolverhampton community radio pioneer, Dan was inspired by his father's record collection, gaining a "deep respect for song-writing technique". After stints performing with Naomi (1998–2000) and fronting rock band Sonara, who performed at Reading Festival, Dan went solo in 2007.

This trio serves up a heady cocktail of musical styles, with influence ranging from Ry Cooder and Steely Dan to Steve Gadd and John Coltrane and the great singer songwriters of the 20th century. Combining a love of Blues, Jazz and latin rhythms.