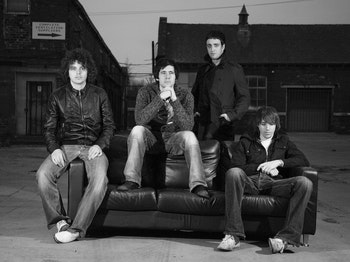 Glastonbudget is Europe's Largest Tribute and New Acts Festival, with 6 amazing stages and over 130 bands. See www.glastonbudget.net for further information and tickets.

A three piece, flick rock band from Leicester who play a blend of classic British rock with elements of punk and heavy metal. They have been compared to the Foo Fighters, Therapy? and AC/DC. With a reputation for delivering no nonsense, gutsy, classic sounding British rock music, played with passion and conviction the band have steadily built a strong local following.