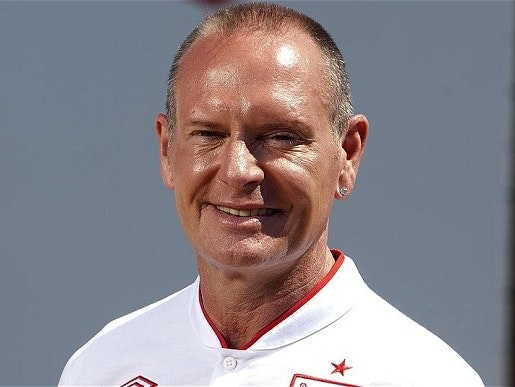 It’s been 30 years since England reached the semi-finals of the 1990 World Cup and to celebrate The Steve Bull Foundation and Wolverhampton Grand Theatre have joined forces to bring you an evening devoted to one of England’s most iconic World Cup Tournaments.

Hosted by Sky’s Johnny Phillips, join England teammates Paul Gascoigne, Steve Bull MBE, Peter Shilton OBE, Paul Parker and Dave Beasant, as they recount those memorable weeks in Italy that kept the nation on the edge of its seat.

From David Platt’s goal against Belgium, the extra time win against Cameroon, Gazza’s tears and that dramatic semi-final penalty shootout against West Germany, we’re sure they’ll discuss it all!

Without a doubt one of the greatest footballers of our generation, a fantastic character and worldwide celebrity.

Steve Bull is a true legend for Wolverhampton Wanderers, whose performances gained him 13 caps for England and he scored a club record 306 goals.