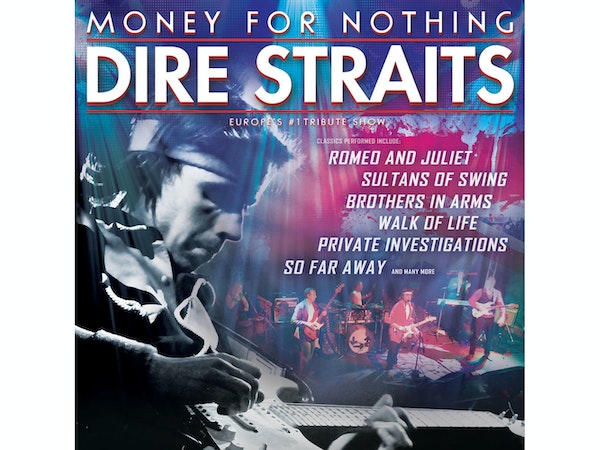 Prepare to be captivated by the authentic sounds of one of the most successful rock bands of all time. Money For Nothing is a Dire Straits tribute like no other! Featuring all of their greatest hits, this incredibly talented band pays meticulous attention to every detail, faithfully recreating the distinctive sound, soaring guitar solos and instantly recognisable riffs on Sultans of Swing, Private Investigations, So Far Away, Romeo and Juliet, Money for Nothing and many more much-loved classics drawn from six platinum albums.