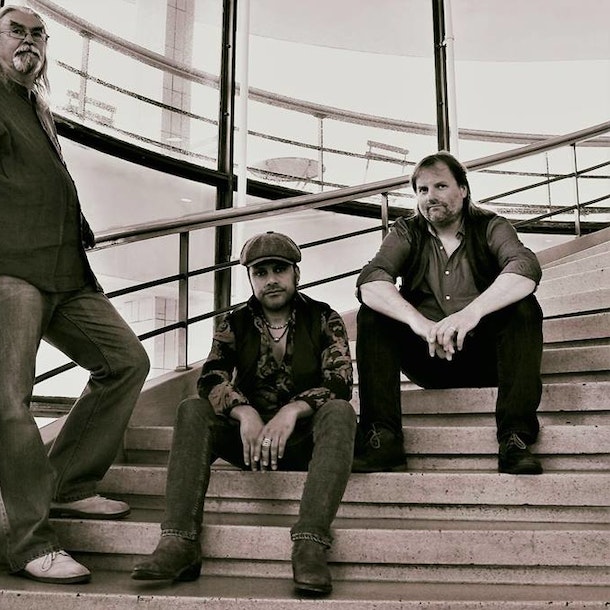 In the wake of his departure from Steeleye Span, fiddle player Peter Knight has turned his full attention to his trio Gigspanner, and in the process has established their reputation as a genuinely ground-breaking force on the British folk scene, described by Folk Radio UK as one of the “most quietly brilliant sets of musicians in the folk world and beyond”. “Unhindered by the limits of technical ability” (Spiral Earth), they take self-penned material along with music rooted in the British Isles and with the flick of a bow, a finely chosen chord or slip of a beat, produce richly atmospheric arrangements layered in a wealth of subliminal musical influences “with notes seemingly plucked from the stars and rhythms from the equator” What makes Gigspanner unique is the variety of musical colours on their palette. What makes them brilliant is how they blend them without ever muddying the landscape ~ Spiral Earth 2016 was a vintage year for the trio, with Peter receiving Fatea Magazine's 'Instrumentalist of the Year' Award and ‘Best Musician’ in the inaugural folking. com Awards as voted for by the concert going public. Their album 'Layers of Ages' was included in many of the end of year 'Best of ' lists, including The Telegraph, which gave the album a rare five stars. The advent of Gigspanner has introduced a whole new audience to the extraordinary musicianship of Peter Knight, a violinist whom many consider to be in a league of his own. The late author Sir Terry Pratchett in praising Peter's great gift wrote with typical lyricism "Peter Knight can spin the world on his Bow" Peter is joined by Roger Flack on Guitar and Sacha Trochet on Percussion, both powerful and intelligent musicians in their own right.