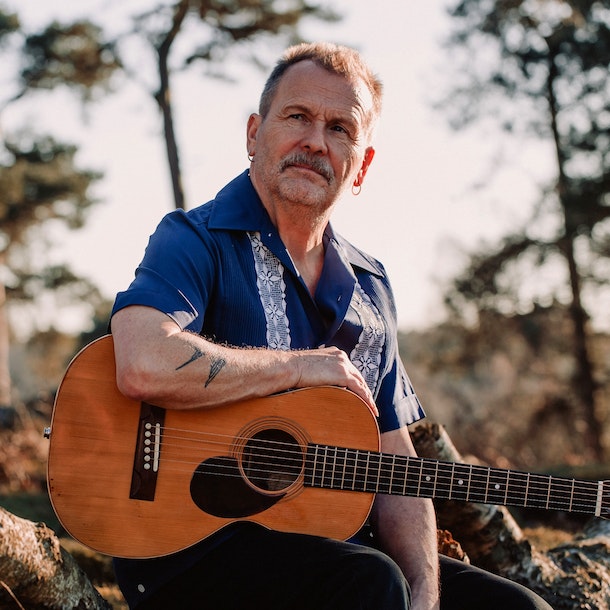 Widely acknowledged as one of the finest acoustic and slide guitar players in the world, Martin Simpson's interpretations of traditional songs are masterpieces of storytelling. His solo shows are intense, eclectic, spellbinding and deeply moving. His own song writing has produced some real gems, from the truck-stop epic Love Never Dies, to the profoundly moving Never Any Good. His career includes collaborations on stage and record with June Tabor, Kelly Joe Phelps, Jackson Browne, Danú, Martin Carthy, Cara Dillon and many more. Simpson is a very regular nominee in the BBC Folk Awards and received Musician of the Year in 2002 and 2005.

Musician of the Year 2010 BBC Radio 2 Folk Awards, Andy is a warm and emotive performer, modestly engaging his audiences with his self-deprecating wit and then flooring them with downright staggering musicianship. There are few melodeon players who put so much feeling into their playing, whether it is a set of dance tunes, or accompaniment to a slow English ballad. Playing with Chris Wood he became one of the most influential and enduring duos on the scene. He's played with Kate Rusby, John McCusker, Sting and Martin Simpson too. 'Andy is the consummate accompanist, harmonically, rhythmically and melodically and an exquisite soloist. There is no one I'd rather work with' - Martin Simpson.