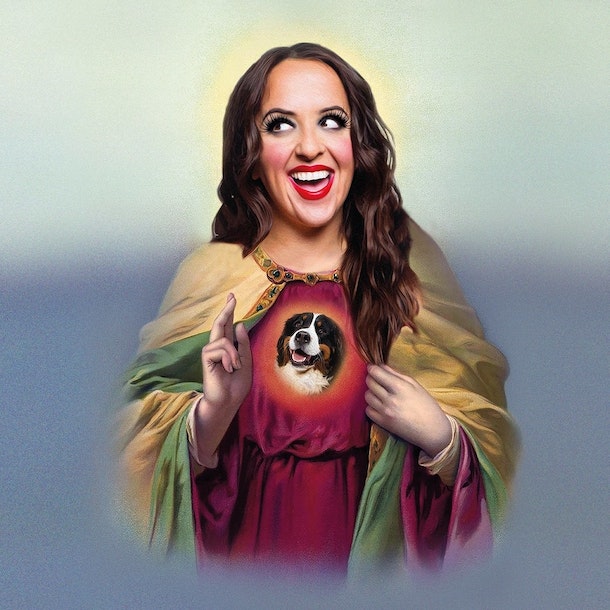 Luisa Omielan: God Is A Woman

Luisa Omielan is a diva in training. She's got the sass, she's got the earrings, now she's ready for the lifestyle! Her debut one-woman show "What Would Beyonce Do?" earned five star reviews and was named "one of the top UK comedy shows of the last decade" by the Guardian. WWBD started off on the Edinburgh Fringe and went on to to become one of the most successful stand-up shows to come out of Edinburgh with sell-out performances all over the world. Luisa's follow-up show, ‘Am I Right Ladies?!’ continued her success, with sell-out runs across the country. 'Omielan could find the humour in a brown paper bag' (Vogue) 'Fresh, frank and fearless – a gutsy new star is born' (The Daily Telegraph) 'Watching a raw, natural talent doing something surprising and clever and hugely enjoyable, and knowing that you've just witnessed a star being born' (Skinny) 'Omielan’s energy is infectious... a star in her own right' (Three Weeks) 'An intense, funny and manic hour of soul-baring comedy... You'll have the time of your life and you'll owe it all to her' (Chortle).