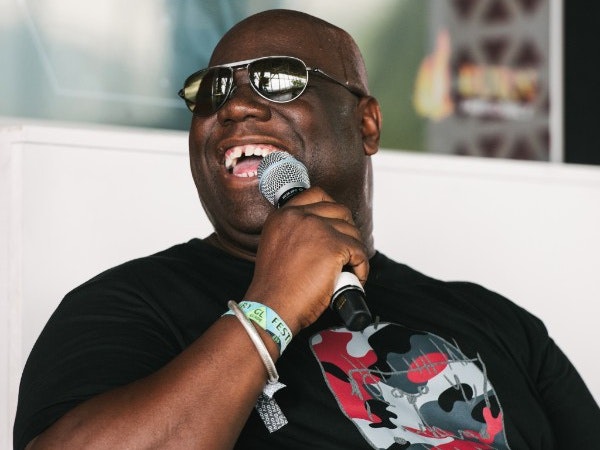 Award-winning dance music event We Are FSTVL have announced a staggering 100 names for their anticipated 2015 event, ahead of returning to the 'Field of Dreams' in Upminster, Essex for the third year running on Saturday 30th & Sunday 31st May 2015.

Featuring the likes of Carl Cox, Loco Dice, Pleasure State (live), Hannah Wants, Sven Väth, Jamie Jones, Seth Troxler, Adam Beyer, Ten Walls (live), Dennis Ferrer, Hot Since 82, Jackmaster and many more, We Are FSTVL have curated a line-up that firmly positions itself at the very heart of the international festival circuit and paves the way for their biggest year to date.

Having made a spectacular sell-out debut in 2013, We Are FSTVL has seen a rapid rise in the space of just two years. After doubling in size in their second year following unparalleled levels of demand, We Are FSTVL has since broken through in a massive way and now attracts crowds of over 30,000 from right across the UK.

We Are FSTVL Main Stage

Defected In The House

Carl Cox has brought his unique blend of styles to venues and audiences in virtually every country with a sound system. Having been at the birth of the acid house movement and played the opening party of Danny Rampling's revolutionary Shoom, Carl Cox is one industry face who truly has 'been there since the beginning'.

Swedish DJ/remixer and founding member of Swedish House Mafia (with Axwell and Sebastian Ingrosso). He has released two albums under his own name, 2009's The Yearbook and 2016's Wild Youth.

Former rapper and hip hop DJ on the German hip hop scene who now DJs and produces house and techno. With his trademark chunky grooves and unique, self-composed sound, the Desolat co-founder demonstrates why he remains one of the most influential and inspiring figures in electronic music.

Miss Wants, notorious for her hard-hitting bass house style, is a self taught DJ from Birmingham. Over the past few years a new genre of house music has quickly risen to the forefront of the scene with Hannah securely taking the reigns as its leading lady. “Hannah Wants (aka Hannah Alicia Smith) is a star rapidly rising through the ranks not just in Birmingham but throughout the UK and beyond.” - Music Blog.

One of the country's top progressive trance DJs regularly appearing at the likes of Slinky, Godskitchen and Gatecrasher. 'The man who rules the territories where hard house and big tunes meet' (Ministry)

Award winning Austrian duo hailed as “one of the biggest talents in Drum n Bass” by the mighty Grooverider.