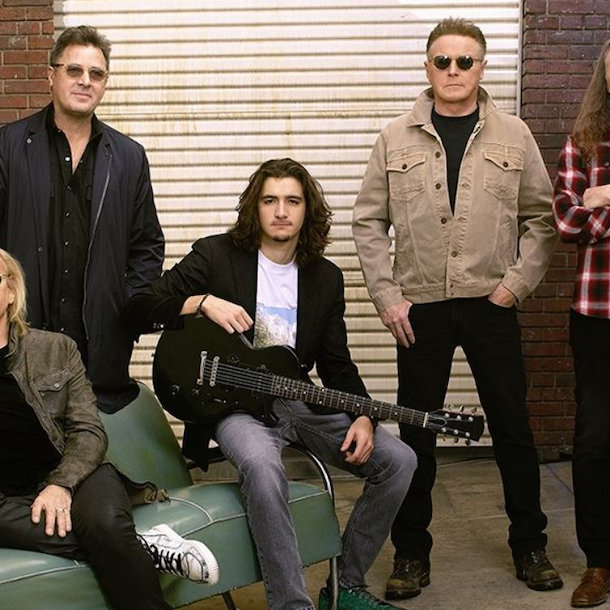 One of the top selling bands of the seventies with their unique laid-back West Coast guitar-led soft rock sound symbolised by their all-time classic 'Hotel California'.

In today’s faddish, fractured, rock landscape, the Eagles retain an appeal that transcends both generation and genre, cementing the band’s role as enduring musical icons. As the best-selling American band of the ’70s, and one of the top-selling acts of all time, the Eagles have sold more than 150 million albums worldwide, won a multitude of awards, were inducted into the Rock & Roll Hall of Fame in 1998, in their first year of eligibility, and received the Kennedy Center Honors in 2016.

Listen to The Eagles

Listen to The Eagles