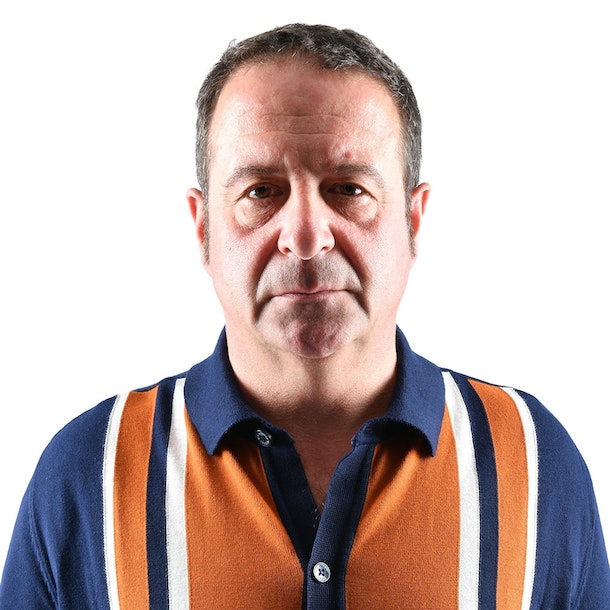 Mark Thomas - 50 Things About Us

In his new show 50 Things About Us Mark Thomas combines his trademark mix of storytelling, standup, mischief and really, really well researched material to examine how we have come to inhabit this divided wasteland that some of us call the United Kingdom.

Mark picks through the myths, facts and figures of our national identities to ask who do we think we are?

It is a show about money, history, songs, gongs, wigs, unicorns, guns, bungs, sods of soil and rich f*****s.

And how we have so much feeling for such a hollow land.

(In the vein of the Manifesto meets a sweary history channel)

This show was rescheduled from 23rd January 2021.

TV's comedy guerilla with his own shrewd take on governmental and corporate exploitation. Mark Thomas is well versed in the art of creative mayhem and over the years his troublemaking has changed laws, cost companies millions and annoyed those who most deserved to be. “One of Britain's greatest storytellers…beautifully-paced and structured…a passionate humanity that surpasses most other work at the Fringe" (The Scotsman). 'A brand of comedy that carries a far weightier purpose than to simply generate laughs.. Cuckooed leaves a lasting impression' (Sunday Herald) 'A clever, funny and angry show... an excoriating, heartfelt monologue...Thomas the polemicist deploys the comedian's eye for a situation's dark absurdities' (The Guardian) 'Thomas's show ruefully tots up the cost of personal betrayal' (Sunday Times) 'Bracing, brilliant and necessary... Mark Thomas is the most intelligent of the modern leftist stand-ups... an unmissable hour' (Theatre Cat). Mark Thomas was named in Ents24's top 20 hardest-working comedians 2017 and 2016.