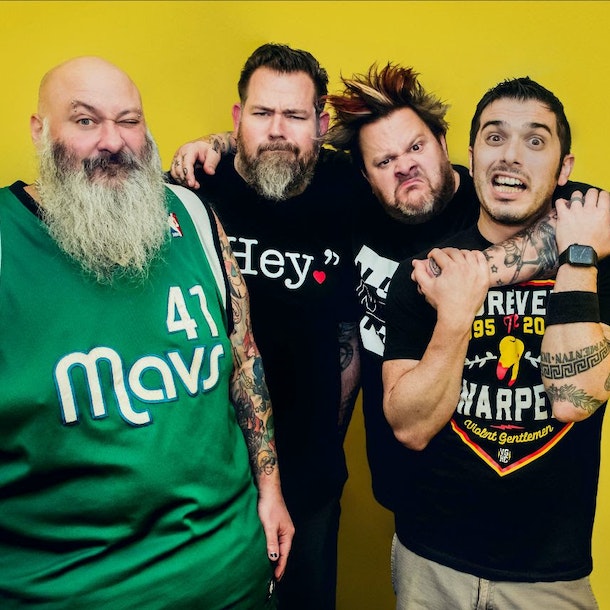 This show was rescheduled from 8th May 2021.

Bowling For Soup are returning to the UK with hope of some fun in the sun! The Texan crown princes of pop punk will be jetting back to their home away from home to embark on their first ever UK tour completely focused on seaside towns.

The tour will begin in the very grand settings of the Empress Ballroom in Blackpool and hit different points of the coast over the following 2 weeks. This includes stops at some places Bowling For Soup have had great fun in on tours gone by such as Bexhill and Margate, as well as some new locations such as Scarborough.

As always, Bowling For Soup like to bring bands along for the ride who provide a fantastic full evening's entertainment for their fans, and this is no different for the Surf The UK tour. Joining BFS on the trek will be Orange County alt-rockers Lit, best known for their global smash hits My Own Worst Enemy, Miserable and Over My Head. Alongside Lit, Bowling For Soup's friends and longtime collaborators The Dollyrots will also be bringing their infectious brand of bubblegum punk to the beach towns of the UK, for what is going to be the tour of the Spring of 2022.

With their 2002 single 'The Girl All The Bad Guys Want', Texas' reigning punk cowboys hit the big time, after spending the best part of seven years gigging non-stop in their home state. Frontman Jaret's wicked sense of humour, combined with their tongue-in-cheek covers of Bryan Adams, Shaggy and even Nelly, ensure BFS's live performances stand out from the rest of the nu-punk crowd.

An alternative punk rock duo from Los Angeles who formed in 2000 when they were both teenagers.

Alternative rock band from Orange County, California who shot to stardom in 1999 with their platinum album 'A Place In The Sun'.