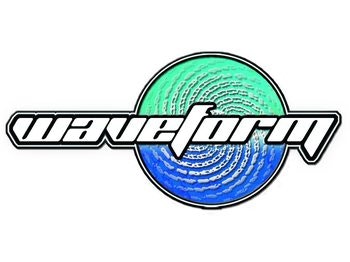 One of the most talented DJs you're ever likely to come across. Given that he has been at the top of the premier league for the last 10 years, his lasting appeal is undeniable. The superstar DJ has held residencies at Manchester's Legendary 'Hacienda', Nottingham's 'Venus' alongside Sasha and 'Cream' in Livepool. He has worked with the likes of Martha Walsh, Natalie Imbruglia and Robbie Williams. A master of the art behind the decks and definitely one not to be missed.

West Midlands duo Mike Stokes and Richard March (former Pop Will Eat Itself) with a manic beat assault overladen with sampled kitsch. Their sound evolved in 1996 with the Ep 'Bentleys Gonna Sort You Out' - then followed a monthly residency at 'The Heavenly Social'. Their live performance is 'serious with a smirk' - they've dressed as Vikings in Iceland, Scousers in shell suits at MOS, ravers with vicks in Camden. These boys are wicked fun and very entertaining.

Dr Meaker started their journey as a Bristol based sound system comprising of electronic and acoustic musicians. The band soon built up a strong following and quickly gained the attention of the BBC resulting in a play of their popular track ‘Rubber Gloves’ on Rob da Bank’s BBC Radio 1 show.

Tribe Of Frog Resident DJ with blistering sets that take no prisoners.

London production collective who's heady mix of psychedelia, tough bass and heavy funk has been rocking parties throughout the breaks and psy scenes.

Flutatious are a feisty, celtic, psy-folk band. In demand on the festival circuit they have gained a reputation for dragging folk music into the 21st century. Blending soaring melodic flute, flying fiddle, Hawkwind guitars and groovy beats, this band's unique style defies any standard definition.

One of the UK's top DJs headlining all around the country on a regular basis and bringing hard-edged and progressive trance to MOS, Slinky, and Passion, among others. Having recovered from lung cancer John has returned with a new perspective that the experience gave him, manifesting itself in a lust for life and a desire to be the best he can at doing what he loves.

"With some of the most inventive sounds come out of South Wales, Little Eris has been creating some of the best DIY underground music for many years now". Cream of the Crop fanzine, 2011

If there is a trance party happening in the Bristol area, the chances are that this man has something to do with it. Having started by putting on free parties in Ibiza, he is now resident at Tribe of Frog in Bristol and London. Expect to hear quality tunes all the way from the Digweed-esque groovily progressive, to full on lost-the-plot psychedelic madness.

A band that features several ska legends and former members of The Upsetters playing classic original ska. They are the vanguards of a new generation of Blue Beat - the generic name given to Jamaican music in Britain in the 60s. Playing authentic Ska, Rocksteady and Reggae in the way it was intended. £The UK's premiere Ska band" - Mark Lamarr, BBC Radio 2.

A chill out DJ leading a defiantly live and danceable outfit which features Myo (vocals), Onyx Ashanti (wind-synth), Pierre Luigi (guitar/bass), Bagz and Jon Tubmen on percussion and dancer Diane Everitt, as well as Pete himself on keyboards.

One of the key players on the breakbeat scene. A DJ and musician too with live laptop and keyboards sets.

A heady blend of brash, hip-hop-inspired grooves, underplayed by breakbeats, the band aren't tied to any set sound, with the likes of drum 'n bass, dancehall vocals, house rhythms, electro and hip-hop all employed in the mix.

Calling occupants of interplanetary craft - try some cosmic electro-jazz, courtesy of The Guessmen, to soothe you on your long flight.

Wax Tailor is the alias of French hip hop DJ and producer, Jean-Christophe Le Saoût. An unconventional live hip hop performer, as Wax Tailor he is often accompanied by a cellist and flautist on stage, playing along to a range of hip hop samples and cut-up sound bites, against a backdrop of Wax's own videos. Fans of Wu-Tang or Tribe Called Quest need look no further.

Wicki hails from the Viking realm of Denmark.

A two-piece high energy, trance techno outfit from West Cornwall. Formed in 1995, they have rapidly evolved to become one of the most original live dance acts in the South West. Their music can best be described as driving, euphoric psytrance, breaking in huge psychedelic waves of energy and positivity, with didgeridoo-fuelled tribal breaks and searing guitar riffs adding more depth and power to their sound. Having a reputation for incredibly energetic and uplifting live performances, and taking the crowd to a whole new level, they've built up a large and enthusiastic following and never fail to rock the dancefloor.