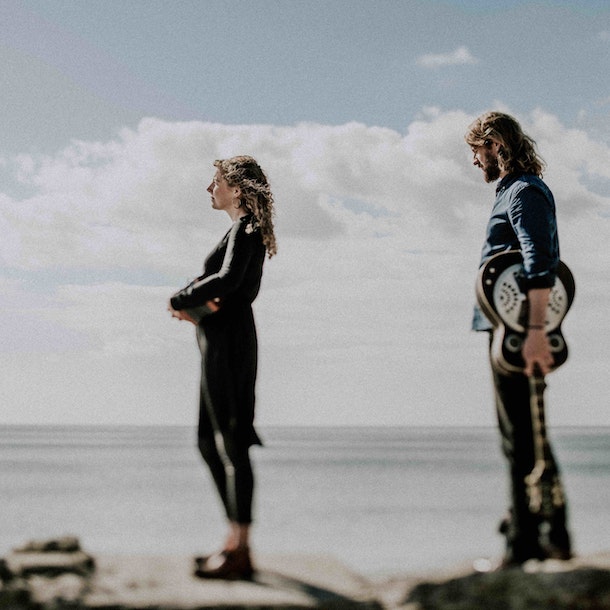 An Evening With Harbottle & Jonas

Harbottle & Jonas will provide an evening of stunning musical entertainment. Together the husband and wife duo combine the rich traditions of folk music with original and contemporary interpretations through a blend of closely intertwined vocal harmonies.

Each song has been carefully written and researched, and is always accompanied with a great story and a good degree of humour, however macabre the content may be! Their songs cover a range of social, political and historical issues. Harbottle & Jonas sing about family, villages swept into the sea, polar expeditions, historical characters and peculiar narratives.

Their music is original and unique. It is performed with integrity and on instruments that include the concertina, harmonium, banjo, stompbox, acoustic guitar and dobra. They receive regular national airplay on the BBC2 Folk Show and BBC6 Music.

Fast emerging and dynamic Devon duo Harbottle & Jonas are on tour with their fourth album The Sea Is My Brother. There is a real maritime flavour to this superb album, every song tells a story and the storytelling continues between songs. A great live act, their songs cover the political and historical as well as the more personal. Partners in life as well as music, Dave and Freya combine a love of the richness of traditional folk with their own original and powerful songwriting. Over 6 years of writing and performing together they have evolved a compelling live signature sound, blending their distinctive solo voices with concertina, harmonium, banjo, stomp box, acoustic guitar and dobro with their powerful close vocal harmonies. They have received plaudits from folk icons including Seth & Geoff Lakeman, Jon Boden, Rod Clements, Lankum, Declan Sinnott, BBC Introducing and have been endorsed by Seasalt Clothing. Their music had been streamed in excess of 1,000,000 times in 25 different countries and they have also played a gig with Martin Carthy. Well travelled across the UK and playing up to 200 gigs each year, Harbottle & Jonas have managed to establish themselves as one of the most exciting prospects on the folk circuit. Dave & Freya will be leading the folk course at The Internationally renowned Dartington Summer School for the second time this year.