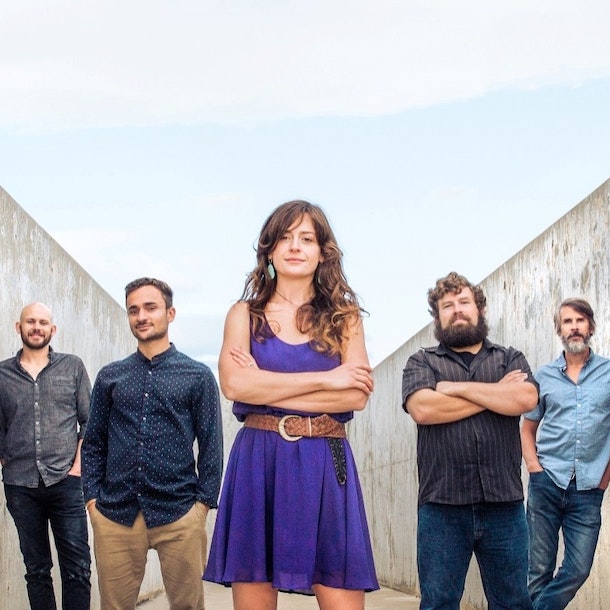 The Railsplitters bring their high energy brand of bluegrass from Colorado, USA with top class instrumental playing and powerful female and male vocals. Drawing on a range of influences including folk/roots, Americana, modern pop and rock & roll, as well as bluegrass pioneers like Bill Monroe and Earl Scruggs, The Railsplitters have received rave reviews on both sides of the Atlantic for their songwriting talent, luminous vocals and exceptional musical range. Featuring banjo, mandolin, fiddle, guitar and upright bass, the band has spent much of the last few years on the road honing their craft, with three albums and two extensive UK tours under their belts. Though they operate with the instrumentation of a bluegrass band, The Railsplitters are making music totally unlimited by tradition. This is music for the open road, the open dance floor, and open ears - music of the American West, made for all.