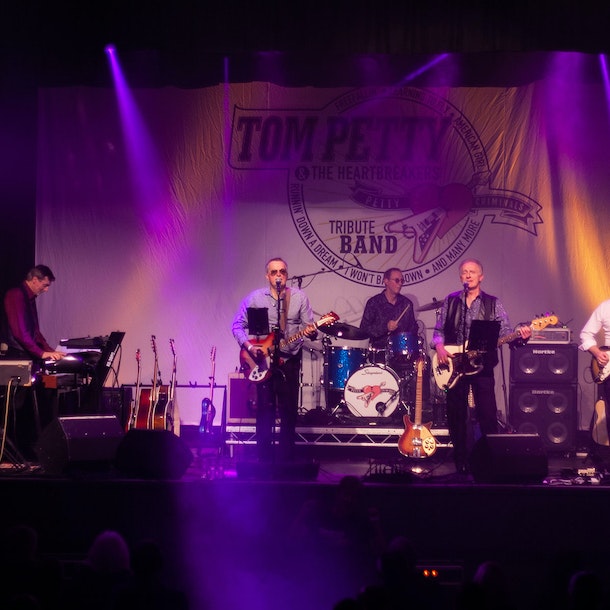 at The Pokey Hole, Swadlincote

Money For Nothing & Petty Criminals

Petty Criminals are the UK's most authentic and professional tribute to the music of Tom Petty and the Heartbreakers. Playing material from his early albums (such as American Girl, Breakdown, I Need to Know, Listen to her Heart, Refugee) through his commercially successful period in the late 1980s and early 1990s (such as Freefallin’, Runnin’ Down a Dream, Won’t Back Down, Learning to Fly, Into the Great Wide Open) and the seminal album Wildflowers (such as Wildflowers, You Don’t Know how it Feels, You Wreck Me, Crawlin’ Back to You etc) and also choice tracks from his later albums. Petty Criminals are all highly-experienced musicians that present a highly visual and musically authentic tribute show that is being well received wherever they play.