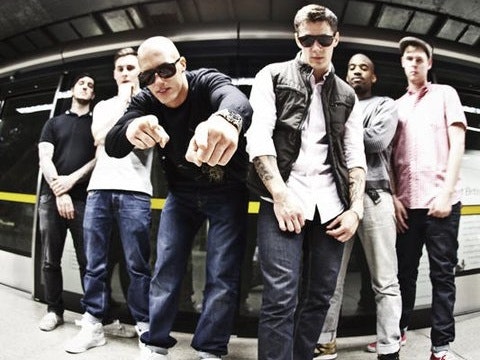 at The Underground, Stoke On Trent
Passed

North London aggressive 7-piece hardcore band, combining harsh, street influenced hardcore punk with strict underground UK hip hop. "They could teach our more established American cousins a thing or two about how hardcore should be written" - David Neal. "Ever wondered what would happen if So Solid Crew were a hardcore band?" -Aim Low Press.

Since 2002 Prowler have been at the absolute forefront of London hardcore with their ultra heavy blend of metallic hardcore. Reminiscent of 90s metallic hardcore bands like Visions Of Disorder and Hatebreed, Prowler write heavy bangers for the dance floor. It's music to bang your head to, spin your kick to and grab the mic to, absolutely soaked in dive-bombs, wah pedal solos and enough mosh parts to demolish Wembley.