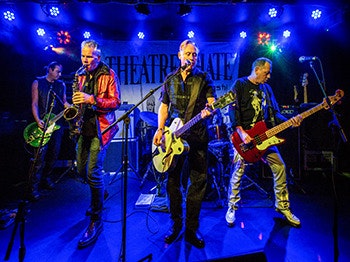 This show has been rescheduled to 16th December 2021.

80's Post-punk gothic rockers led by by Kirk Brandon (who later formed Spear Of Destiny) joined by Stan Stammers and John 'Boy' Lennard alongside Adrian Portas (New Model Army) and Danny Farrant (The Buzzcocks). Their back catalogue of classics include Legion, Do You Believe In The Westworld?, Original Sin and Rebel Without A Brain and their music takes a similar path to John Lydon's PiL.