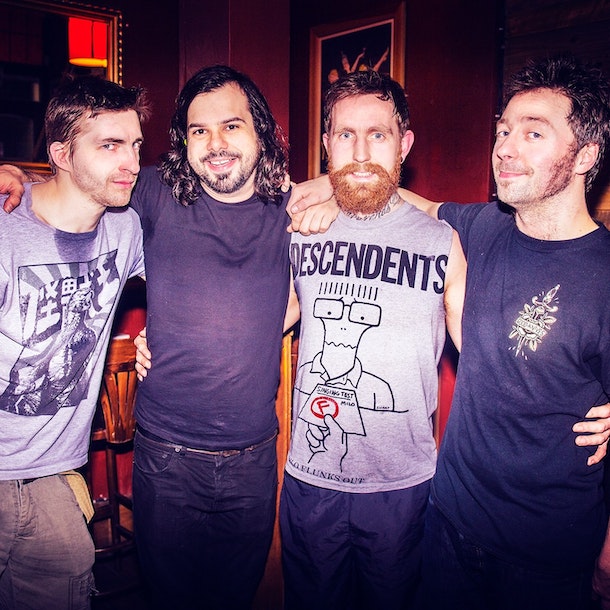 Formed in Keighley, West Yorkshire, Random Hand have spent the last decade tearing full throttle through the UK with their ferocious, in your face ska-punk-metal mashup. Stops along the way in the USA, Canada, Russia and mainland Europe have enhanced their relentless UK touring. "These guys take influence from the 3rd wave ska of bands like Less Than Jake and Sublime and mix it in with the more skate punk type stuff like early Offspring, NOFX and Lagwagon and some helpings of of thrash metal used in the same way Sum 41 did to make their personal brand, using it’s minor chord tendencies to make a more serious and aggressive form of ska than many of their influences. They aren’t breaking any boundaries, but they tick all the boxes for a f***king great ska band with raucous energy and some righteous trombone" - Alt Corner

Based in London, Lead Shot Hazard is a coming together of third wave kids – fast-paced, horn-driven ska/punk whose aim in life to make audiences bounce, and then hum our songs on the way home. Imagine if Capdown had a baby with Streetlight Manifesto – Lead Shot Hazard makes that a reality.

Pitched somewhere between the dark twang of 16 Horsepower, the punk thrust of Fugazi and Hot Water Music, the crunchy pop of Ted Leo and the protest songs of Dick Gaughan, the band have developed a distinctly progressive and aggressive style, shot through with a healthy dose of grass-roots politics. They rely chiefly on folk/country open tunings and slide guitars to evoke moods that are at odds with the punk orthodoxy. The seven piece Plymouth band are an accumulation of decades of influence and inspiration: rooted in hardcore/punk, ‘60s protest folk/country and classic rock’n’roll, combined with a grass-roots political overview that embraces anti-war, anti-fascist and pro-community activism.

Call Me Malcolm blends hard punk, a crunchy ska sound with a dash of reggae. Malcolm likes to picture himself on a beach, somewhere between Goldfinger, Howard's Alias and Random Hand.