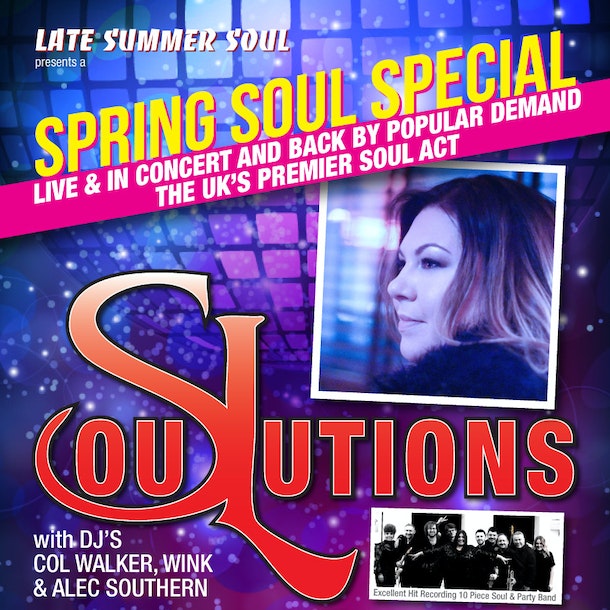 Soulutions are a modern soul band from the North East of England. The band was put together by Steve Lee and Louise Mehan in the early part of 2014 in order to show case their own material which they wrote over a seven year period. Heavily influenced by Philly and modern soul their first release was the successful track Listen which was re-mixed by the Drizabone Soul Family. Listen has been muted as the soul track of 2014 and has been acclaimed not only in this country but has also received rave reviews in Europe and in the States. Their first album 'Destiny' was released in 2016, this was followed by the singles 'I Got To Party' and 'Thankful' both of which went to number one in the Solar Radio Sweet Rhythms Chart and the UK Soul Chart, and both have been mixed by the legendary USA DJ John Morales (The M+M Thankful Mix is due out in the summer of 2018 on a special SouLutions mix album).