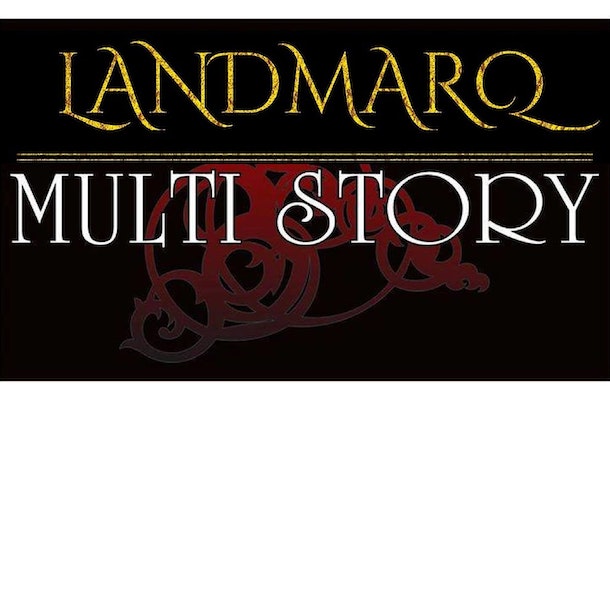 A LANDMARQ Biography - The (Pretty) Short Version! Formed in 1990 and celebrating their 30th anniversary in 2020, Landmarq are a UK-based 'neo-progressive' rock band. The band have an extensive catalogue having so far released a total of ten albums, four of which were recorded live at various concerts in the UK and elsewhere in Europe, plus two official concert DVD's filmed in Poland (2006) and The Netherlands (2015). Following an enforced break in 2009, due to ill-health, Landmarq re-emerged on to the Prog scene early in 2012 with the release of their eagerly-anticipated fifth studio album, "Entertaining Angels", a Special Edition double-CD set. This proved to be a triumphant return for the band as they received many glowing reviews from fans and music press alike. This was followed up with "Angels On Tour", a series of live dates through 2012-2013, that saw Landmarq performing in various festivals and venues again in the UK and Europe. Also to much acclaim and some excellent reviews. More new product was released throughout 2014/15, including the vinyl release of "Entertaining Angels" (a double-LP set). Also, a long-awaited compilation album entitled "Origins - A Landmarq Anthology - 1992-2014" (2-CD set) featuring vocalists Tracy Hitchings and Damian Wilson. "Origins" includes a brand new song, also entitled "Origins". A major change of line-up then occurred in 2018 when, due to relocation in both cases, vocalist Tracy Hitchings and drummer Danny Martin separately made the difficult decisions to move on from Landmarq. Guitarist Uwe D'rose, keyboardist Mike Varty and bassist Steve Gee resolved to continue writing new material for a proposed new album whilst also beginning the search for Tracy’s and Danny’s replacements. Following a series of auditions, the band settled once again back to full strength with the addition of new vocalist Wolf Campen and drummer Andy Allen who were thrust straight into a series of intensive rehearsals in preparation for a series of live shows. Landmarq have since made a welcome return to the stage with some superb performances including the Summer's End Progressive Rock Festival 2018 and a hugely successful night with Atomic Rooster at the Dagenham Roundhouse (2019), plus shows for The Classic Rock Society and at The 1865, all of which have received excellent reviews and comments. The band are now in the process of recording the new album and are looking forward to more live shows in 2019-20, including "Danfest 9" (Leicester, 30th Nov 2019), Fusion/Sub-Fusion 3 (Kidderminster, 19th April 2020), The 1865 (Southampton, 28th June 2020). (A more complete biography and full discography can be found at www.landmarq.net)