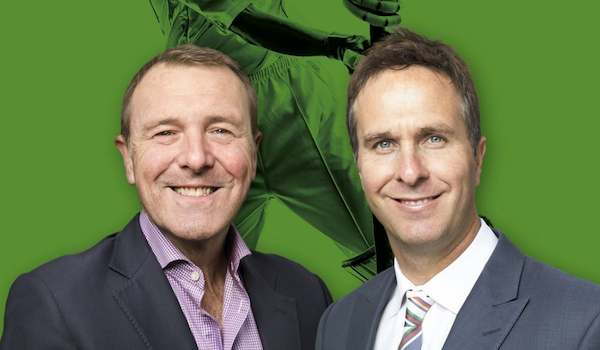 Spend an evening with Test Match Special and Ashes stars Phil Tufnell and Michael Vaughan as they take you inside the famous TMS commentary box and share memories from their remarkable playing careers.

What was it like facing Shane Warne is his prime? Which member of the TMS team never buys dinner? And what really happened the night after the 2005 Ashes??

The iconic England duo have watched more cricket (and eaten more cake!) than almost anyone else and can tell amazing stories of life on the road as players, and now as commentators. From Barbados to Birmingham and Christchurch to Kolkata - they've seen it all.

Enjoy never-before-seen footage of iconic commentary moments, hear how the team kept their emotions in check on-air at the World Cup Final and find out what life is really like watching England from the finest seat in the house.

Special guests to be announced.

World class cricketer (in his day) and winner of 'I'm a Celebrity, Get Me Out of Here'. Phil is also a key member of BBC Radio's Test Match Special team.

Michael Vaughan is a former captain of England's national Cricket team, famously leading the team to a victory over Australia in the 2005 Ashes series.