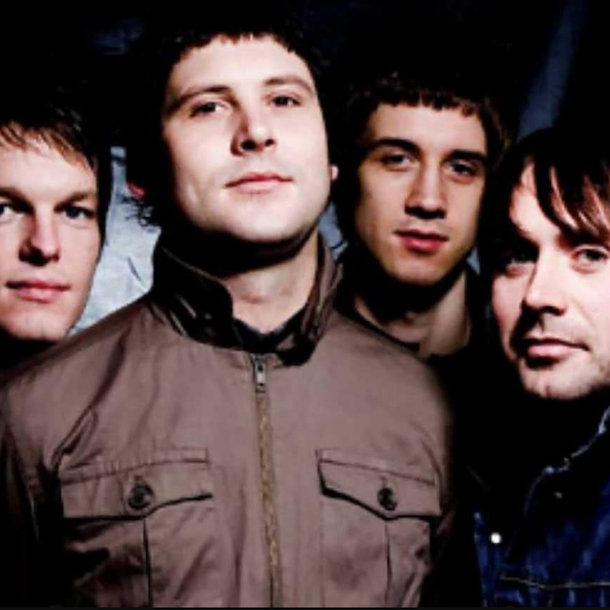 Back together once more - LITTLE MAN TATE - will reunite for a major headline gig in their hometown this year. Sparking a flurry of speculation in fan circles in recent days with a series of cryptic clues on social media, today (14 April), the Sheffield indie four-piece officially break their 11-year silence to announce a reunion show at the O2 Academy, Sheffield. Taking place on Friday 18th September 2020, the gig will be the band’s first live appearance since their emotional farewell shows at the very same venue in 2009, where they performed to over three thousand avid fans. Looking to recapture that same magic all these years later, the original line up of: Jon Windle, Edward 'Maz' Marriott, Ben Surtees and Dan Fields will be picking-up exactly where they left off to embark on a new and exciting chapter together. Speaking about the reunion show, frontman Jon Windle says: "We've had offers over the last few years to do something, but it was never the right time due to other things that were going on in our lives. This time it was perfect, we are all in a really good place and just can't wait to do it." Expected to sell fast, tickets will go on General Sale on Friday 24th April @ 10am Pre-Sale is available for O2 + Ticketmaster Customers on Wednesday 22nd April @ 10am. * * * * * Stalwarts of Sheffield’s famously thriving indie scene of the noughties, Little Man Tate rubbed shoulders with the likes of Bromheads Jacket, Milburn, Reverend & The Makers and Arctic Monkeys to put the Steel City back on the musical map. Forming in 2005, the band announced themselves with the infectious first single ‘The Agent’ to a sold-out vinyl run instantly lapped-up by 1800 fans quick to recognise something special in the making. Self released via the band’s own Yellow Van Records label, the track was followed by unprecedented Top 40 hit ‘What? What You Got?’, earmarking Little Man Tate as one of the UK’s hottest new prospects and igniting a bidding war amongst multiple record labels. Signing with V2 Records in 2006, LMT went on to invade the UK Top 40 with their next four singles, including ‘House Party At Boothy’s’ and their totemic Top 20 smash ‘Sexy In Latin’; whilst watching their sensational debut album ‘About What You Know’ climb to #27 in the UK Albums Chart in 2007. In just two years, Little Man Tate staked their place as a must-see on the live circuit and stepped up to huge slots at major festivals such as Reading + Leeds, plus played a momentous pre-Christmas show at the iconic Empress Ballroom in Blackpool. Swiftly following-up their debut, the band would release their second and final album: ‘Nothing Worth Having Comes Easy’ in 2008, before making the difficult decision to part-ways. In 2009, Little Man Tate stepped up to play two phenomenal sold-out shows at the O2 Academy in Sheffield, bowing-out of music with an unforgettable bang. From conquering the dancefloors of the indie-discos to putting pop-stars out of place in the UK charts, spurred on by their dedicated fanbase Little Man Tate achieved in just four years what most band’s could only dare to dream of. In 2020, the Sheffield favourites are back together and ready to set the nation alight all over again. Reuniting for a night of celebration at the Sheffield O2 Academy, Little Man Tate will be hosting an unmissable House Party, Boothy’s-style; these four walls won’t forget this night... #somethingshappening FOR MORE INFORMATION www.littlemantateofficial.co.uk www.facebook.com/littlemantateofficial www.instagram.com/littlemantateofficial www.twitter.com/littlemantateo1