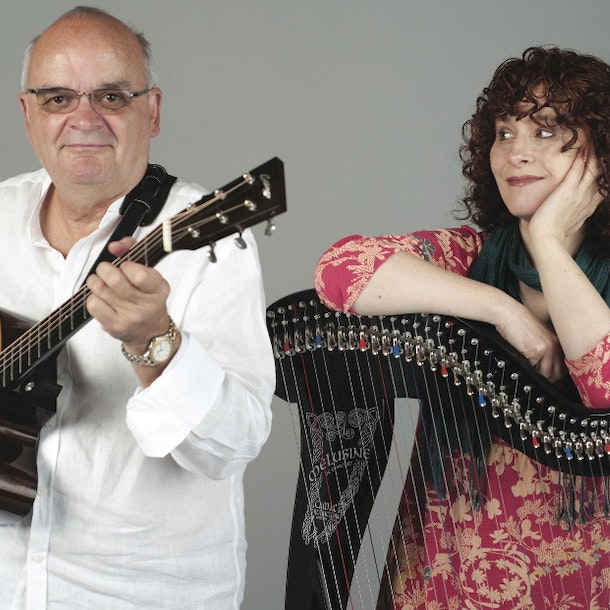 This new Christmas show features a breathtaking blend of traditional Irish music, swing jazz and bluegrass, plus festive favourites given a fresh voice with arrangements that are intricate, inventive, moving and beautiful, and performed in the heart-warming style characteristic of them – a spellbinding treat for mid-winter.

This celebrated partnership of “one of the UK’s most staggering and influential acoustic guitarists” (fRoots) with “the doyenne of Irish harpers” (Scotland On Sunday) and sole harper recipient to date of Irish music’s most prestigious award, Traditional Musician of the Year (Gradam Cheoil TG4), has presented its unique musical vision in twenty-two countries on five continents to venues ranging from the tiniest of village halls to palaces in Kyoto and Istanbul, London’s Barbican, Sydney Town Hall and the Philharmonie in Cologne - a breathtaking blend of traditional Irish music, hot jazz, bluegrass and baroque, spiced with striking new compositions - and what The West Australian calls “Chris’s delightfully subversive wit”!