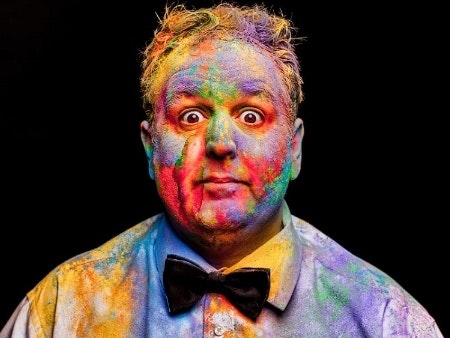 Raymond is a comedian, actor, writer and musician. Following his appearances on BBC's Limmy's Show, Raymond is bringing some much-needed mirth and merriment to the airts and pairts of Scotland. And he is definitely the man for the job. Whether engaged in hilarious audience interaction or simply sending down more gags per minute than a Glasgow circuit judge, Raymond's shows are unmissable. 'A personality so huge it fills the room' (The List) 'Every line that issues from this man is funny' (www.Chortle.co.uk) 'Exceptionally funny and cathartic' (The Scotsman) 'A genuine improvisational genius' (Frankie Boyle).