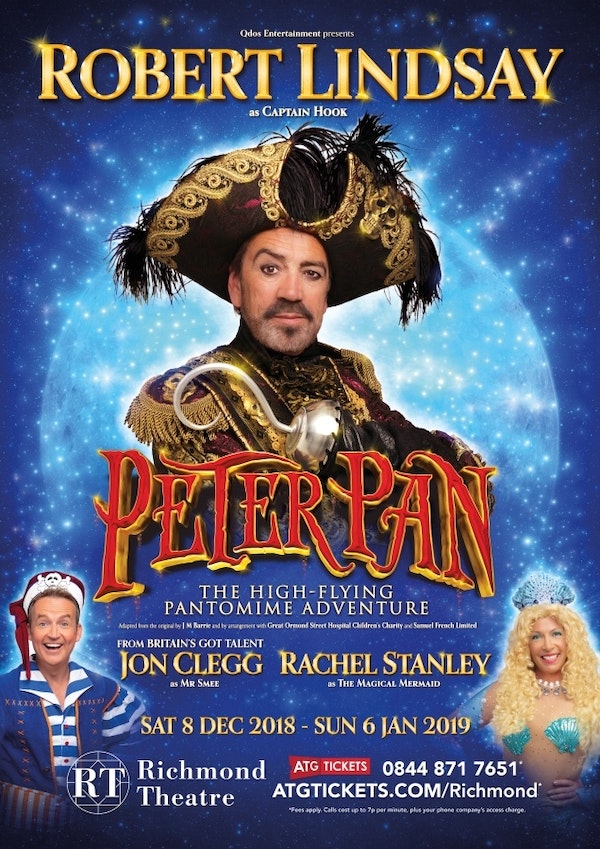 Take a fairy tale flight to Neverland this Christmas in the swashbuckling family adventure Peter Pan.

Join the high-flying hero as he transports the Darlings on an adventure they will never forget, filled with evil pirates, a very hungry crocodile and the meanest man in Neverland, Captain Hook!

With amazing flying effects, barrels of laughter, magic and fairy dust, join Peter and the lost boys as they set sail in the ultimate pirate pantomime adventure.

Robert Lindsay is a British stage and screen actor, most well-known for his roles with the Royal Shakespeare Company and for starring as Ben Harper in the BBC sitcom My Family.