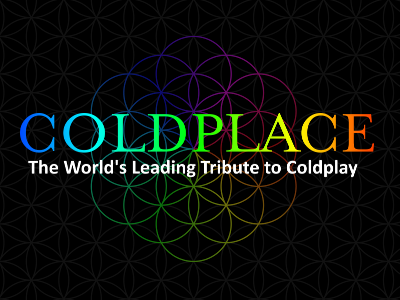 The world’s No.1 tribute to Coldplay will perform across the UK with their outstanding show celebrating the music of arguably the world’s biggest band.

Featuring hits from Coldplay’s entire back catalogue including: Yellow, Paradise, Viva La Vida, A Sky Full of Stars and many more this is an evening not to be missed.

"Formed by Coldplay fans, for Coldplay fans..." Coldplace, are the UK's finest tribute to Coldplay. The band prides themselves on the passion they put into playing Coldplay's songs and the accuracy they achieve. Their ethos is to give the audience the nearest experience to seeing Coldplay themselves, not only by playing their songs live, but also transmitting the powerful feeling of Coldplay's songs direct to the audience.