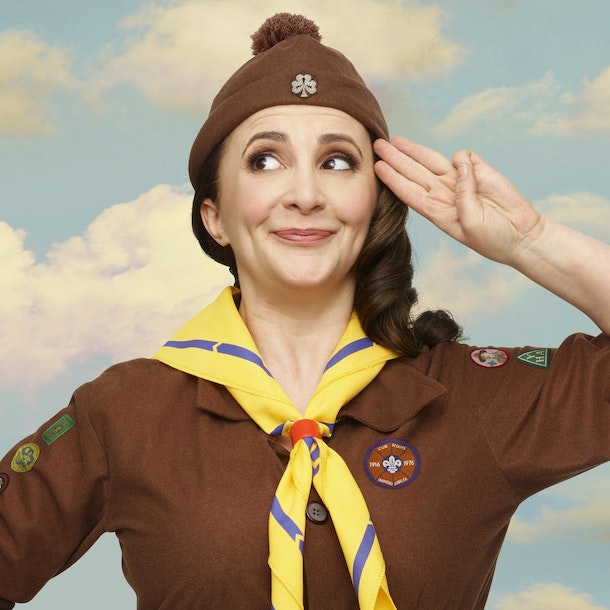 Opening the show is the incredible Lucy Porter!

Lucy Porter is a well known face on TV and a regular on BBC Radio 4 programmes including The News Quiz and The Now Show.

A highly sought after stand-up comedian, Lucy is a veteran of the UK comedy circuit, having performed 13 one woman shows at the Edinburgh Festival and taken her comedy all over the world from Las Vegas to Cape Town. We are excited to welcome her to the Lighthouse!

Cult favourite Angelos Epithemiou is an award-winning burger van owner AKA comedian Dan Skinner and unwitting star of Shooting Stars (BBC2), Dave’s One Night Stand and Channel 4’s The Angelos Epithemiou Show. Think Little Britain meets Vic and Bob meets a smattering of Ivan Brackenbury and then lower your expectations and get on board and come see him live as part of this incredible line-up!

Angelos Epithemiou is currently his only disciple…there is plenty to relish here.’ Evening Standard

This Coastal Comedy show is hosted by Adrienne Coles and has an incredible line-up with something for every comedy lover and 3 TV headliners - including a special guest! Don’t miss it.

Diminutive stand-up comedian making a big name for herself. She has written for many top comedians, including Johnny Vaughan, Gail Porter and Griff Rhys Jones, and starred on many TV stand-up comedy shows. Recent TV includes Would I Lie to You, QI and Impossible, she’s a regular on Radio 4’s News Quiz and The Now Show. 'Fizzing with inventive one-liners... a treat from start to finish' (The Herald) 'Clever, chatty and charming' (Three Weeks) 'Impeccably punch-lined anecdotes of the everyday... genuinely delightful' (The Daily Telegraph) 'Deliciously cutting' (The Independent) 'She is like your witty friend who's always brilliant company down the pub. Many stand-ups would give their non-drinking arms to be able to transfer that kind of sparkling bar-room bonhomie to the stage and Porter does it effortlessly' (The Scotsman).