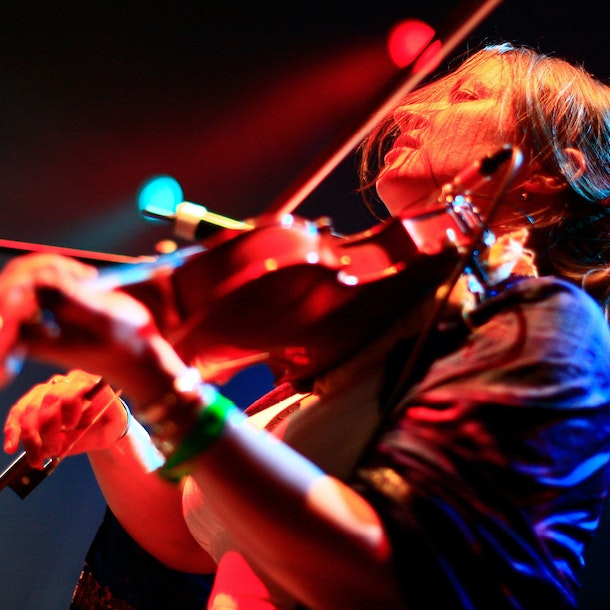 Multi-award-winning singer, songwriter and musician Eliza Carthy is one of the most recognisable faces of the English folk revival. This concert features music from Restitute, her first solo album of traditional music in 14 years, originally recorded at Eliza’s home in the picturesque Robin Hood’s Bay, North Yorkshire.

In addition to material from Restitute, the band will perform songs from brand new recordings of original songs by Eliza Carthy & Ben Seal – taken from their forthcoming album Through that Sound my Secret was Made Known.

The daughter of Martin Carthy and Norma Waterson - and the star of British folk playing folk music at its best. Eliza breathes new life into England's traditional folk music with her witty and energetic repertoire.