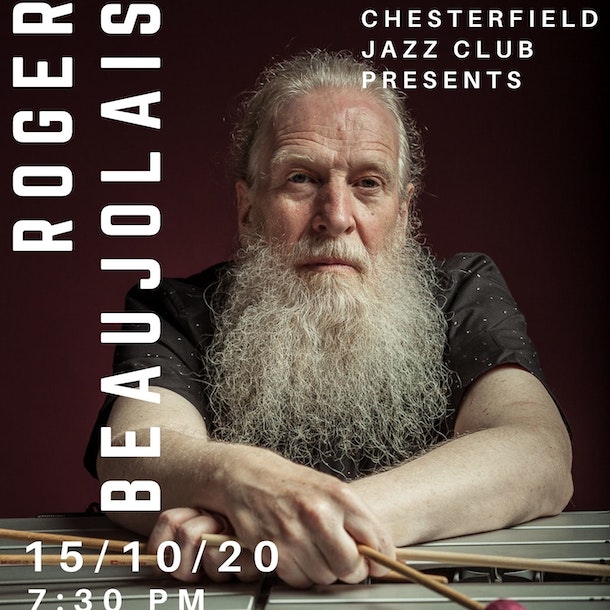 Available as a live stream only due to venue policy prohibiting a live audience of any size.

Jazz vibraphone player; founder member of '80s jazz fusion band The Chevalier Brothers. His later band Vibraphonic was one of the original and most successful Acid Jazz Bands. A vibes wizard of the highest order, Roger has got everything covered, from beautiful, reflective ambient sounds to Blue Note-style steamers. 'Consummate skill and delicacy, characterises the best contemporary British jazz at the moment' (The Observer).

Jazz drummer trained in Canada now residing and working in Lincolnshire and throughout the UK.