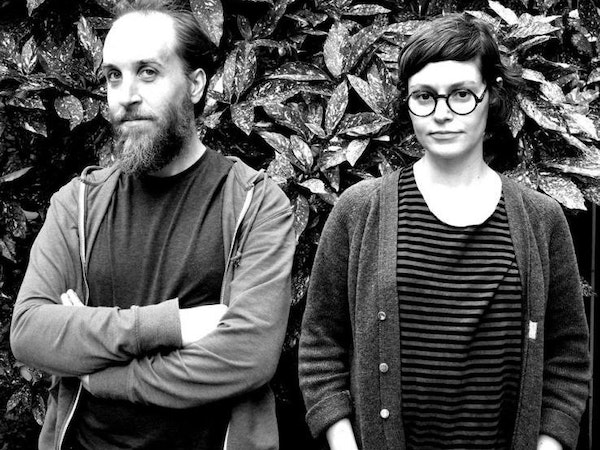 at The Cluny, Newcastle upon Tyne
Passed

Nadja is a duo of Aidan Baker & Leah Buckareff. Nadja originally began in 2003 as a solo project for Baker to explore the heavier/noisier side of his experimental/ambient guitar-based music. In 2005 Buckareff joined in order to make the project more than just a studio endeavour & allow Nadja to perform live.

A-Sun Amissa is an instrumental music collective founded and led by Richard Knox (The Rustle of the Stars, Shield Patterns, Glissando) that has featured an array of members and collaborators since it’s formation in 2011. To date they have released two albums on Richard’s own Gizeh Records label. The group produce a dense, drone-like atmosphere, accompanying evocative, melodic string and woodwind sections, intertwining guitars and field recordings. The live show features sections of the recorded output combined with improvisation to unlock new movements and progressions in the music. The subtle, considered textures and the hypnotic interaction between players and instruments provide an intense live performance.