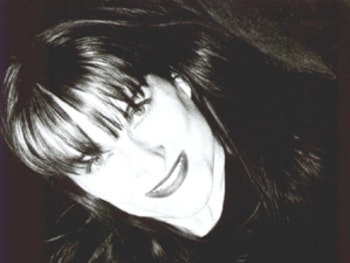 at The Stables, Milton Keynes
Passed

Dublin-born comic, now living in London. She was the winner of the Irish World Comedian Of The Year Award 1999, and has been a finalist in several other competitions. She has performed all over the world, including the USA and Australia, winning over the audiences with her strange take on everyday events. She is currently writing her first novel. 'Intelligent comedy that's also furiously funny' (Irish World) 'Catch her act before she becomes a (complete and utter) cult’ (William Cook, The Guardian).

Paul F Taylor is a one of a kind comedian. An instantly watchable performer, whilst onstage he exhibits a lost playful vulnerability. This coupled with his hilarious and surreal observations never fails to leave audiences crying with laughter, gasping for air and wondering "What the F?... It's Paul F. Taylor!". Paul is a superb writer with a keen eye for the absurd in everyday life, he creates wickedly funny and astute observational comedy which is totally captivating and utterly hilarious. Certainly one for the future! Paul was one half of the double act, Helm & Taylor with Nick Helm. He is also half of the double act Short & Curly (with Rebecca Shorrocks). Paul has achieved notable success as a screen writer and actor. Milk! that he co-wrote and starred in, was the ShortCom Jury Select Winner 2015, and was in the official selection in LOCO, Nashville, LOL, Shortwaves, Glasgow and London Short Film festivals. It has also won the Dead Short Film Competition at Leeds International Film Festival 2015. Paul took home the title of the NATY New Act Of The Year in 2013. Battlecock! that he also co-wrote and starred in, made it into the official selection at the BFI London Film Festival 2013. 'Beautifully crafted one liners...astute observational comedy' (GQ Magazine)