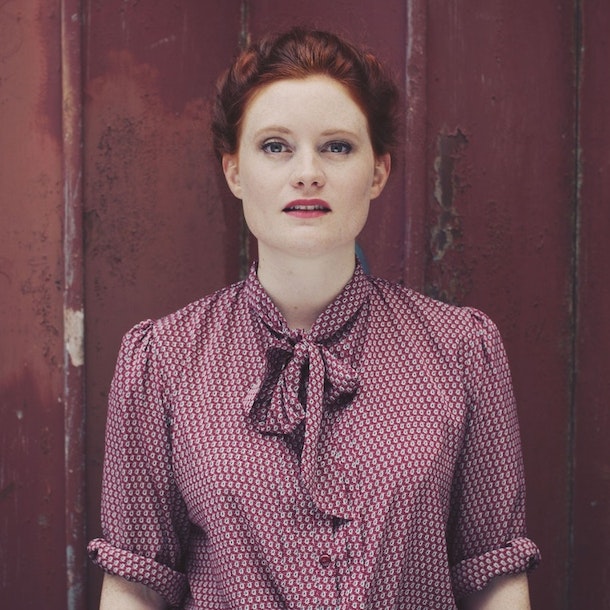 at The Stables, Milton Keynes
Passed

A folk singersongwriter from Wiltshire, now based in Sheffield, Rosie Hood is known for her strong, pure voice and captivating performances as well as being one third of The Dovetail Trio.

A former BBC Performing Arts Fellow, Rosie has become more than purely a traditional singer, and her first solo album The Beautiful & The Actual, a collection of old and new folk songs, was described by The Guardian as “poetic class”. Also Nicola Beazley (fiddle/vocals) and Lucy Huzzard (melodeon/vocals), the Rosie Hood Trio perform re-workings of traditional English songs as well as original material, touching on politics, struggle, women and unheard stories.

Rosie Hood is a young folk singer from Wiltshire, known for her strong, pure voice and engaging solo performance. A BBC Performing Arts Fellow in 2015 and a 2016 Horizon Award nominee at the Radio 2 Folk Awards, Rosie has become more than purely a traditional singer. Having started learning folk songs at an early age from her family, Rosie has a keen interest in the history of traditional songs, particularly those of her native Wiltshire, where she has spent time researching in the local archives and developing a broad repertoire of local songs.