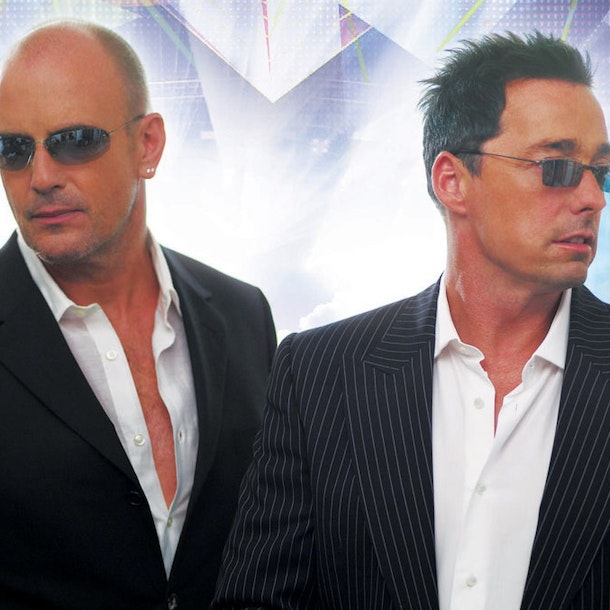 Go West are returning to The Stables with a very special event as part of their 35th Anniversary Tour which celebrates the release of their debut album Go West in 1985. This album sold over two million copies worldwide and remained in the UK charts for 83 weeks. Six albums and 20 million sales later Go West are stronger than ever. The band has played live around the world continuously since their inception and have earned their reputation as an outstanding, exciting live act.

This unique event will have two parts :-

Part I (4pm) will be a special ‘Audience With Peter & Richard’ hosted by Gary Crowley, who will interview the boys and then invite the audience to put their questions to them. As well as this unique opportunity for audience participation, it will also include previously unseen video footage of the band.

Part II (8pm) will see the band perform a great live show with songs from the album including We Close Our Eyes, Call Me, Goodbye Girl and Don’t Look Down, together with many of their other chart singles including Faithful and King Of Wishful Thinking, the opening song in the movie Pretty Woman.