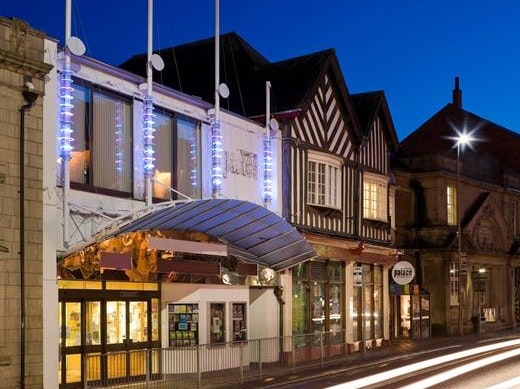 Prepare to have your ribs, and everything else, tickled, as comedian Paul Eastwood brings his ‘Live at the Apollo’ style comedy show to the Palace Theatre, starring a host of the best UK comedy acts from the circuit today, including BGT finalist impressionist Danny Posthill and bringing some magic to the stage, it's BGT star Mandy Muden! Otherwise known as Magic Mandy!

Danny Posthill has been doing impressions since his teens after appearing in his school talent show. 'Since discovering his passion for comedy Danny has never looked back. His Versatile act caters for all walks of life with unbeatable stand up and a string of impressions such as Jimmy Carr, Billy Connolly, Lee Evans plus many more to guarantee a night of laughter you will never forget' (Trevor George Entertainment Organisation) Danny Posthill delivers 'amazing impressions, including some contemporary ones that are really appropriate' (Funhouse Comedy Club).