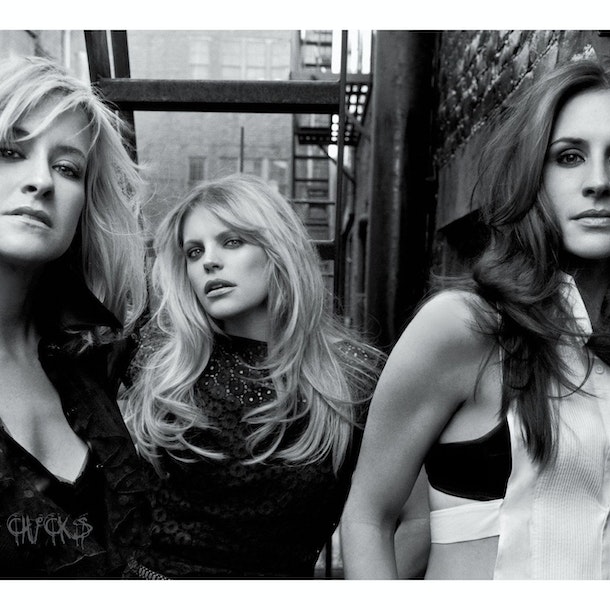 The highest selling female group of all time, Dixie Chicks have announced a return to Europe, with UK dates in April and May 2016. These dates will mark the band’s first UK tour since their phenomenally successful ‘Top Of The World’ Tour in 2003.

The Dixie Chicks hold the distinction of being the only country group in history and the only female group of any genre to earn back-to-back Diamond Awards signifying 10 million in record sales. Superstars, renegades, innovators, heroes, villains, and moms – for over a decade, the Dixie Chicks have grown from a band into a phenomenon, with over 30 million albums sold, Dixie Chicks are the biggest female band of all time in the U.S.

American country artists and winners of a clutch of Grammys, Emily Robinson, Martie Maguire and Natalie Maines blend bluegrass, pop, rock and country music with a brash irreverent attitude to present a fresh new sound that is instantly recognisable.