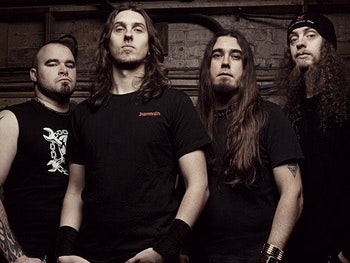 This show has been rescheduled to 9th October 2021.

Formed in Huddersfield in 1999, Evile have gone from strength to strength since they stopped the cover versions they originally formed to play, in favour writing and playing of their own songs. Now a tight thrash outfit who can hold their own alongside Megadeth, Machine Head, Exodus, Evile comfortably dominate in the live arena.