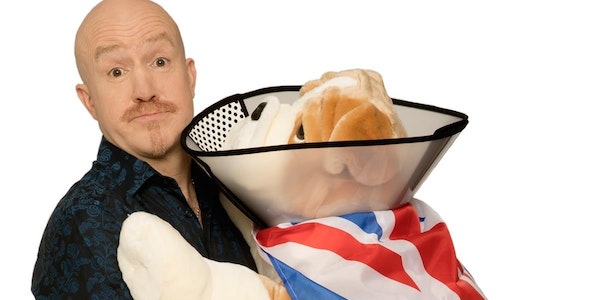 at Norden Farm Centre for The Arts, Maidenhead
View Tickets
£15.00

Admittedly, I could have changed the title but it still seemed strangely appropriate - and some of the gigs have been rescheduled so it would prove confusing to existing ticketholders if the ticket said 'Healing the Nation' but the show was now called 'My Life in Ballet'.

So, we have the serially rewritten Healing the Nation Tour 2019/2020 now extended into 2021, not so much due to popular demand but more lack of open venues. And with negative powers of healing. Yet this latest, very new version of the show is my favourite so far.