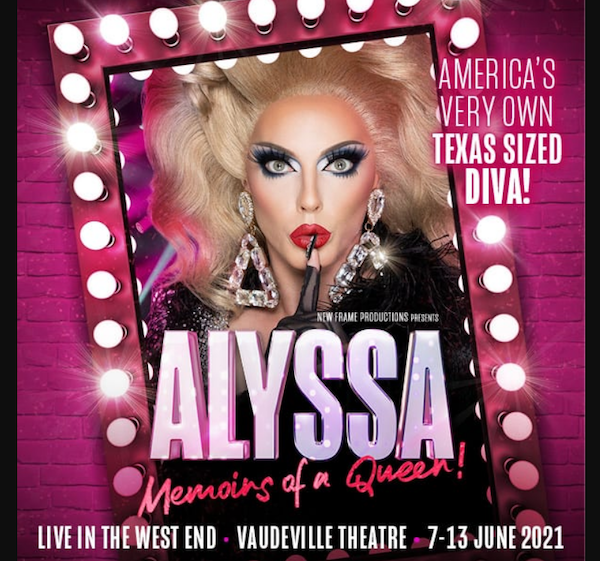 Alyssa, Memoirs Of A Queen!

London, are you prepared?

For one week only, experience the magic of Alyssa Edwards as she sashays her way into London's glittering West End from 7th–13th June!

From young gay boy in Mesquite, Texas, to global fame on RuPaul's Drag Race season 5 and a triumphant return to season 2 of RuPaul's Drag Race All Stars, Alyssa is hailed as one of “the most powerful drag queens in America” by New York Magazine.

Don't miss the world premiere of this much anticipated drag spectacular, where herstory will be brought to life!

Alyssa Edwards is a theatrical drag queen from L.A, well known for being in the fifth season of RuPaul's Drag Race. Alyssa and her dance studio are the centerpieces of Netflix docuseries, 'Dancing Queen'.