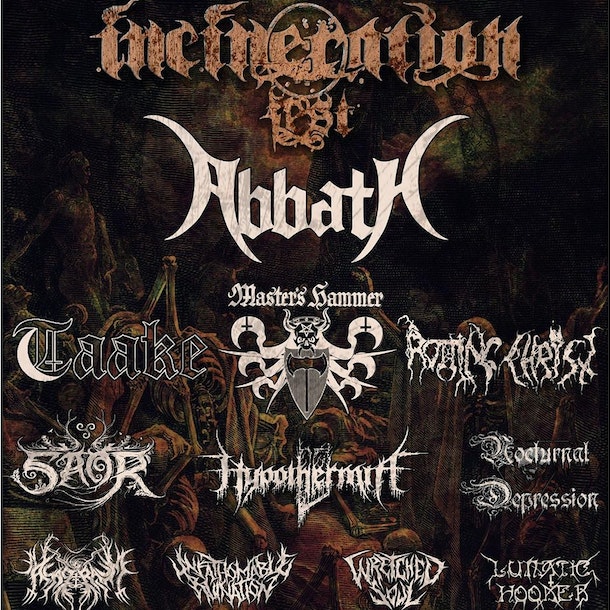 Acting as a mecca for extreme music, Incineration Festival year on year offers a line up consisting of the darkest and heaviest bands.

'Immortal’s frontman and founding member has been writing and rehearsing fervently, with a deluge of new material ready to be recorded; unable to come to an agreement in order move forward with the other members of the band, he has formed a new line up. Whilst grateful and respectful for the contributions of Demonaz, Horgh and Apollyon, the time is now right for Abbath to present his art to the world and continue to evolve the legacy.'

Five piece Unfathomable Ruination play an intense and brutal style of death metal. The band, based in and around London, draw on influences such as Internal Suffering, Origin, Death, Suffocation and Dying Fetus.

A bubbling cauldron of style and influence combined with a stage show of pure energy and aggression put Wretched Soul in the top echelon of metal.