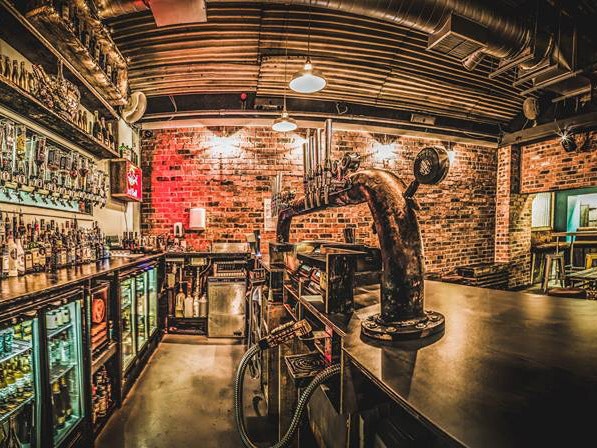 MassMatiks are an infectious collective, a trait that is common through their quintessentially British indie rock music, live performances and personalities. Having begun crafting their sound since they first formed in 2013, the band’s first year saw a build up to their debut release ‘Independence (A Lack Of)’ as a free download in September.

Sisteray, songwriters Niall Rowan (vocals) and Dan Connolly (guitar) and Mick Hanrahan (bass guitar) have set out their intention to re-write the indie guitar rule book. Sisteray came together out of their shared love for bands such as The Smiths, Velvet Underground, The Clash and The Replacements. This is proven in the upbeat melodies and lyrical observations of 21st century Britain, combined with high-octane live performances that have been key to making their live shows unmissable. They have recently built up their live audience through a series of #guerillagigs, using everything within their means to persuade promoters to let them have a first on slots at shows big and small, witnessed by Subculture describing: "The night began with Sisteray playing yet another spontaneous Camden show, their effortless guitar riffs and high energy proves that the boys are a force to be reckoned with". This was followed by an insistence that they were allowed to curate their own headline show, where they chose the bands and DJs, it was a sell-out success and was followed but memorable shows across the UK, including at Isle of Wight and Leeds Festivals and others in the summer of 2016. The bands belief and passion in their music, as well as their strong political views has been seldom seen since the days of The Clash; with Dan recently asked to appear on primetime BBC News, ITV and The Independent to voice his views on the recent Syria debate. Word is beginning to spread in the likes of BBC Radio 1, Radio X, Fresh on the Net, Louder Than War, Artrocker, BBC 6 Music, Subculture, Gigslutz, Time Out and The Londonist. "Gnarly... sounds like the golden age of 2000s UK indie" - Phil Taggart, BBC Radio 1 “...the band radiate the sense of Men On A Mission who engage both with their audience and the wider world beyond Camden” – Tom Robinson, BBC 6 Music ''Butt-kickin' New Punk'' - Chris Hawkins, BBC 6 Music "Punk rockers causing a buzz in their native London, sold out shows aplenty, and with a Rory Attwell (The Vaccines/Palma Violets) produced EP in the can and due for release soon, expect that to swell" - Fred Perry Subculture

Dance à la Plage (French for dance to the beach) is an alternative indie pop band from Oxfordshire. They make exciting, feel good music which will leave you wanting to dance all the way to the beach! “...very catchy, you will be singing along by the end” – BBC Introducing Oxford

A four piece, female fronted Indie / Math - Rock band from the Isle Of Wight with a complex technical sound that harks to the early fire of the likes of Biffy Clyro or the British Mathy soundscapes of This Town Needs Guns.

"...Out of this world" - Clash "Huge choruses" - Punktastic "Undoubtable anthems" - Tmrw SKIES are duo Alie Cotter (vocals/guitar) & Jericho Tozer (drums/vocals/synths). Coming from Folkestone, Kent, isn’t necessarily the first place that would come to mind as the hometown of one of the UK’s most exciting new acts. But by handpicking elements of rock, pop & emo in equal measure, Skies have first made their mark on the scene. The turning point for the band arguably was ‘Drone’; a track released in 2016 that became an instant favourite at radio, with fans and bloggers alike. The single went on to garner significant BBC Radio 1 support from Huw Stephens and Phil Taggart, whilst becoming firm favourites with BBC Introducing in Kent. Then their third EP in 2018 made several Spotify playlists and featured on ITV's The Only Way Is Essex.