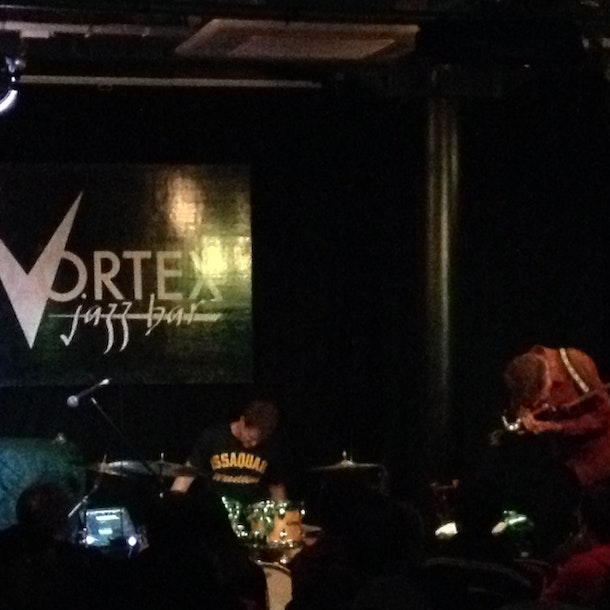 Kit Downes is one of the most highly regarded rising stars of the UK jazz scene, as the pianist in the band Empirical, composed of ex-Tomorrow's Warriors, and leader of the Fat Cat Organ Trio and Troyka. In 2008 he was awarded winner of the BBC Jazz Awards, in 2009 the Yamaha Jazz Scholarship Award and in 2010 he was one of PRS Foundation's Take Five Jazz Award winners. His 2009 album Golden, with the Kit Downes Trio, was shortlisted in 2010 for a Mercury Award and has won him great critical acclaim from the national press and Jazz reviewers.

Sussex born James Madden is a highly gifted drummer, in recent years the first call drummer of choice for both the younger and more established generation of jazz musicians in the UK.