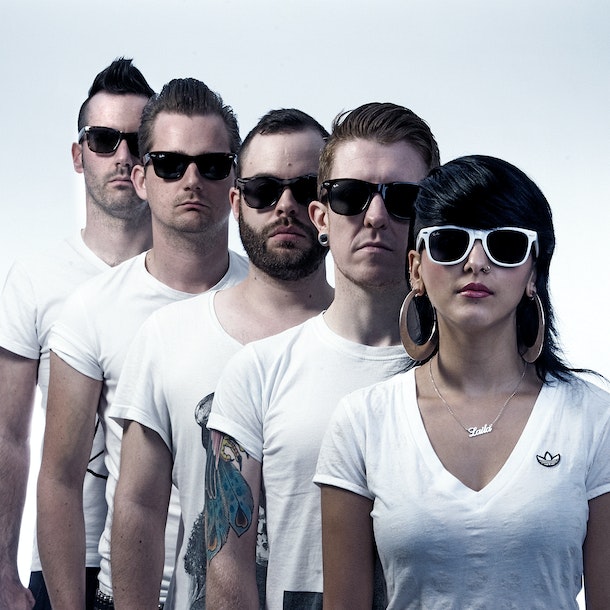 SB6 are a group in the tradition of UK punk bands such as The Specials, The Clash and King Prawn that push the musical envelope by mixing contemporary underground sounds of the UK with a rocking live show and educational lyrics. Although there really is no-one else quite like these energetic ragga muffins. Expect a variety, from hiphop beats to summer vibes and skacore riffs, this band have it all. 'Miss Dynamite fronting CapDown'.

Up-and-coming ska-punkers whose sound is a combination of matured organs and guitars with a juvenile punkier demeanor. Formed in West Norwood, London in 1995, the four-piece have supported UK Supers and The Damned, as well as many others. Currently signed to Hellcat records, the group are experimenting with cross-genre elements such as dub and grime.