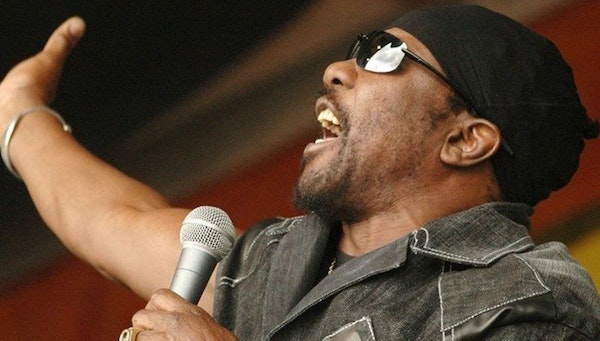 A Tribute to Toots with The Maytals

at The Roundhouse, London
View Tickets
£42.40

After the deeply saddening news of the passing of Toots Hibbert, earlier this year Soundcrash and The Maytals would like to invite you to the official Toots Tribute Concert.

The Maytals will be taking to the stage at Roundhouse and will be joined by special guests including Ali Campbell & Astro, Lee Scratch Perry, Aswad, Pauline Black (The Selector), Neville Staples (Ex The Specials), Rhoda Dakar (The Bodysnatchers) and many more celebrity guests and friends of Toots. Together they will be performing a selection of tunes from the legendary musical catalogue of Toots & The Maytals.

All proceeds for this event will go to charities supported by Toots via the Toots foundation. See you all there for a truly special moment celebrating the life and legacy of one of the greatest reggae artists of all time.

Soulful and Psychedelic, The Hempolics are an infectious mash up of Reggae, Electro, Hip-Hop, Dancehall and Rock n Pop. Formed in 2009 by producer/engineer Grippa and recently returned from extensive recording sessions in Jamaica with Faithless sooth-sayer Maxi Jazz, up and coming collective, The Hempolics, take on the classic UK reggae sounds of Matumbi, The Cimarons and Smiley Culture and give them a distinctly 21st century feel, taking in dubstep, drum & bass, garage and soul.

Former frontwoman of ska legends 'The Bodysnatchers' and ex-Special AKA.