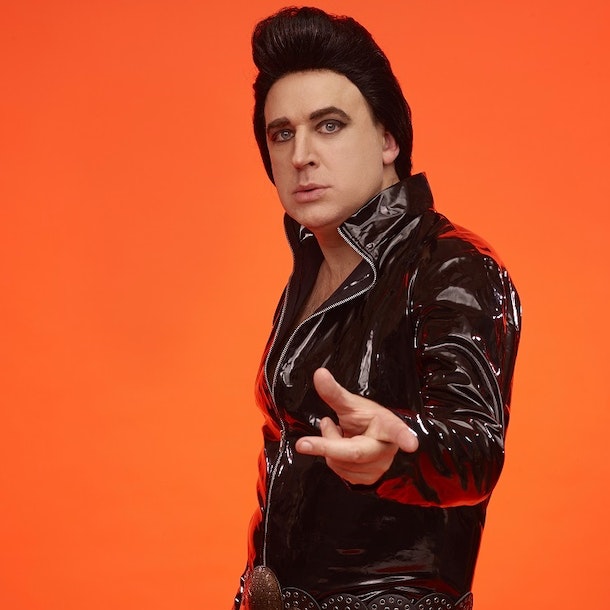 at The Other Palace, London
Passed

Following two completely sold-out shows, all-round showman Charlie Baker and multilingual cabaret sensation Regina are delighted to bring back Cabaret Boulangerie to The Other Palace for another night of unforgettable entertainment on Tuesday 23 May.

The springtime extravaganza will be headlined by comedian Tim Vine, master of puns and perfect one-liners, who will be joined by some of the best comedy, music and cabaret the UK has to offer:

Singer Gabrielle Brooks - Gabrielle has appeared in a plethora of West End shows including David Bowie's Lazarus, The Book of Mormon and I Can't Sing.

Comedian Nathan Caton – ‘…laidback, on-the-nose material, chopping down fools of all colours, both in day-to-day life and in the media’ (The Guardian).

Call him what you will - the king of the one-liners, the joke machine gun, the punmeister... Officially the world's fastest gagster with a relentless delivery to keep you on your toes. Star of BBC's Live At The Apollo and sitcom Not Going Out. 'Vine is superb' (The Guardian) 'Vine is a supreme punmeister' (Time Out) 'Must-see manic hilarity' (Edinburgh Reporter) 'Offering line after line of glorious goofing' (The Times). Tim Vine featured in Ents24's 20 Hardest Working Comedians of 2018 list.

Semi-finalist on Britain’s Got Talent and support act for Tim Vine on 7 UK tours, John is the first man to fool Penn and Teller on ITV’s ‘Fool Us’ with Jonathan Ross and a former winner of the prestigious Magic Circle Stage Magician of the Year.