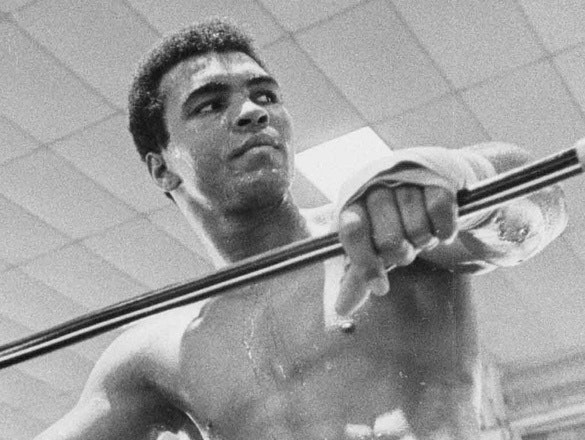 I Am The Greatest: Muhammad Ali at The O2

The O2 Arena has announced the opening of I Am The Greatest, an exhibition showcasing the extraordinary life and career of the world’s most famous heavyweight boxer, Muhammad Ali.

I Am The Greatest will tell Muhammad Ali’s story both inside and outside of the ring, from his humble beginnings in Kentucky where he was known as 'The Louisville Lip', to becoming one of the most recognisable sports figures of the 20th Century, now known as the greatest of all time.

The exhibition will feature more than 100 artefacts - including unseen footage, photographs and rare personal memorabilia - taking visitors through Muhammad Ali’s incredible journey. A full size boxing ring, positioned at the front of the exhibition, will provide an interactive experience through which visitors will get an up close and personal look at Muhammad Ali’s incomparable work ethic and revolutionary boxing techniques.

Lonnie Ali says: 'Muhammad and I are very excited to be part of a project that will connect Muhammad with a whole new generation of fans.  The O2 has done an incredible job working with the Muhammad Ali Center to share Muhammad's legacy and ideals with audiences around the world. The family is anticipating that we will attend this tremendous celebration of the six core principles that shaped his life.'

Exhibition artefacts, which originally belonged to Muhammad Ali, will include:

Torches and Participation Medals from the 1960 Rome Olympics, where Ali won the gold medal in boxing’s Light Heavyweight class in his last group of amateur fights

More items from the exhibition will be announced shortly.

Muhammad Ali is far more than just a boxer though and the exhibition will also reveal the stories behind his refusal to join the American military fighting in the Vietnam war and subsequent struggle to be accepted back into the boxing world. His religious conversion and his incredible interactions with some of the world’s most powerful and influential leaders including Martin Luther King, Malcolm X and even Saddam Hussein and Leonid Brezhnev during the height of the Cold War.

Muhammad Ali was named ‘Fighter Of The Year’ by Ring Magazine more times than any other boxer, and he dominated his sport like no one else ever has. In 1999, Ali was awarded both the BBC Sports Personality Of The Century and Sports Illustrated magazine’s Athlete of the Century awards. In 2005, at the White House, he was presented with both the Presidential Citizens Medal and the Presidential Medal Of Freedom. In 2007, for his humanitarian work, he received an honorary doctorate of humanities from Princeton University. In 2015, he was awarded the W. E. B. Dubois Medal from Harvard University, which is Harvard’s highest honour in the areas of African and African-American culture.

Ali’s is a story that resonates with our current world situation, his mantra of peace and understanding of his fellow man, be they rich or poor, black or white, regardless of their religion is a powerful message that ‘I Am The Greatest’ will help visitors understand through the words pictures and possessions of this warm, loveable and ultimately incredible man.