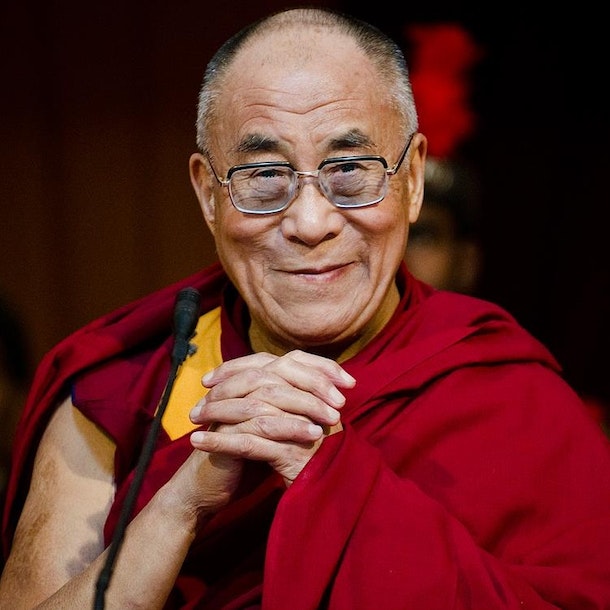 His holiness the Dalai Lama will give a public address on Compassion: The Foundation of Well-Being at The O2, London on Saturday 19th September 2015.

“Compassion is a marvel of human nature, a precious inner resource and the foundation of our well-being and the harmony of our societies.” The Dalai Lama

"Compassion" and "well-being" are everyday terms – but how often do we stop to think about what they might really mean?

With his customary warmth and humour, and drawing on his decades of life experience and extensive practice of meditation, the Dalai Lama will share what compassion means to him and how this understanding can enrich our lives.

This event will open with songs from the Tibetan Community in Britain.

The Dalai Lama will give this talk mainly in English. There will be an interpreter on stage to translate from any Tibetan into English.

His Holiness the 14th Dalai Lama, Tenzin Gyatso, is both the head of state and the spiritual leader of Tibet. At the age of two the child, who was named Lhamo Dhondup at that time was recognized as the reincarnation of the 13th Dalai Lama, Thubten Gyatso. The Dalai Lamas are believed to be manifestations of Avalokiteshvara or Chenrezig, the Bodhisattva of Compassion and patron saint of Tibet. Bodhisattvas are enlightened beings who have postponed their own nirvana and chosen to take rebirth in order to serve humanity.