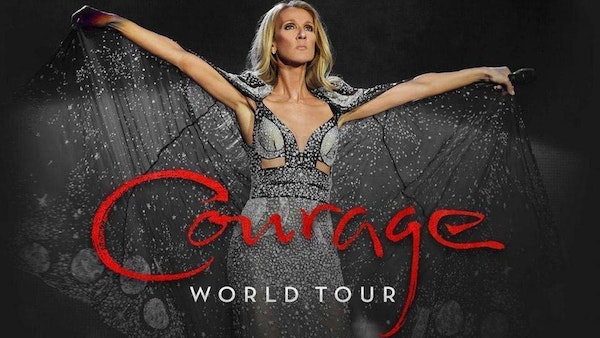 One of the most immediately recognised and widely respected superstars in pop music history, Celine Dion, has announced UK dates for her Courage World Tour.

The Courage World Tour, which supports Celine’s first English album in 6 years, will see the global megastar return to UK shores which will be her first tour in the UK since the critically acclaimed Celine Dion Live in 2017 which garnered much praise across the nation and cemented her status as one of the most renowned performers in the world.

Last week, Celine Dion released three new tracks, from her highly anticipated upcoming album also entitled Courage. Imperfections, Lying Down, and Courage represent an exciting new creative direction for Celine and fans will have a chance to hear songs from the new album throughout the journey of the tour.

From humble beginnings in a rural French Canadian home town, Celine Dion has risen to international superstardom like a shooting star. Celine has been called the premier contemporary pop vocalist of the Nineties. She has earned music industry accolades from around the world: Grammy Awards in the US, Juno and Felix Awards in Canada, and World Music Awards in Europe. The entire world has seen Celine Dion literally transform herself from a gifted pre-adolescent into an international superstar.